Netball in Paradise returning to Raro 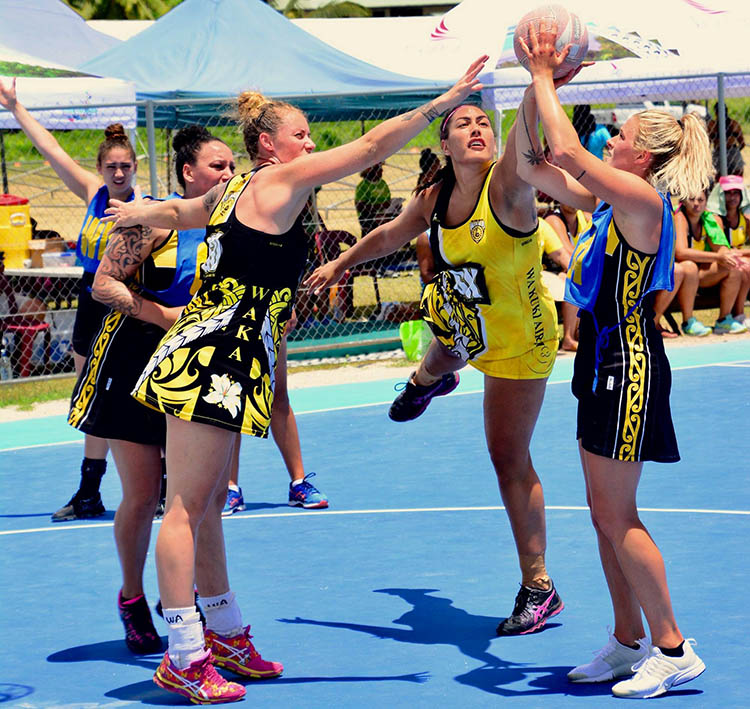 Netball players from a past Netball in Paradise tournament battle it out at the Arorangi Courts. 21071318

After one long year, the biggest netball competition in the Cook Islands will make a comeback to the courts in December.

Netball in Paradise is making its return to Rarotonga after a year of absence from the courts.

Held annually in December, the netball competition was cancelled last year due to Covid-19 and disruptions caused by the outbreak.

This year a wide range of teams will make it to the courts to battle out in the biggest netball competition in the Cook Islands.

This year a new edition to the competition called the open ladies walking netball will feature.

This edition is a modified form of the game that calls for as much skill and tactics as traditional netball, but with much added laughter and fun, according to organisers.

As with every year there will be an open ladies division which offers competitive netters and teams the chance to put their months of training to the test.

The social ladies division is just that, as well as a division for lovers of netball who want to have some time on court with the focus being on social fun.

There will also be a mixed men’s division which is always highly competitive and offers a feast of dynamic athleticism and sass on the court.

Registrations for teams have already started to take place and are welcome.

The Destination Management Cook Islands (DMCK) event management team will be in charge of registrations with teams and those interested advised to email events@dmck.co.ck .

The DMCK team have also organised special accommodation and airport packages for any BSP 2021 Netball in Paradise players, supporters, and families, in an effort to help them plan their very own Raro netball getaway.