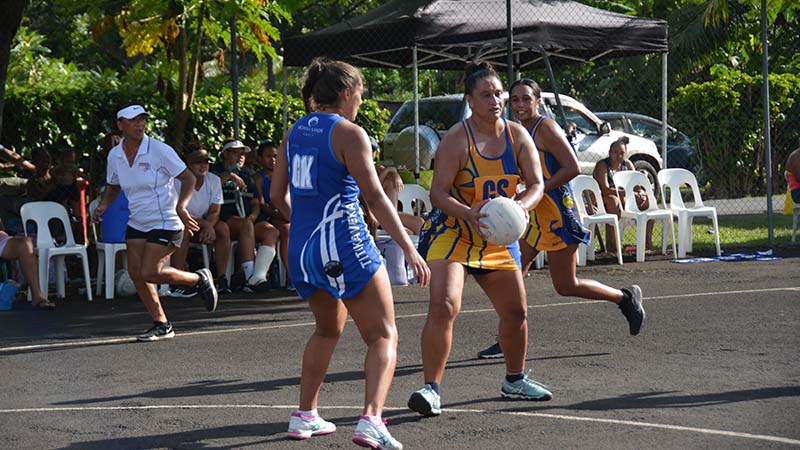 Avatiu edged Titikaveka by a point to lead the Rarotonga Netball Club Competition.

In the premier match of the round, Avatiu overcame a late onslaught from visitors Titikaveka to claim a 47-46 win on Saturday.

The tit-for-tat battle saw the host side Avatiu get off to a good start with a seven-point lead at the break.

But a strong pep talk at the halftime saw the visitors come back stronger in the third quarter with lanky shooter Alanna Smith, who struggled in the opening spell, getting the much-needed points.

Titikaveka led by a point at the end of the third quarter.

But the Curly Taripo-led Avatiu had better ideas and in the final quarter, they gave their all to take a slender lead.

With a point down and seconds remaining, Titikaveka, who had possession, tried hard to level the score but fell short as the home side sneaked away with a close 47-46 win.

Avatiu Netball Club president Edith Nicholas said: “Its back to the drawing board for us, we still have a lot of work to do especially in finetuning some areas to ensure we are able to maintain our lead throughout the match.”

“We were unable to put our two young players in because of the intensity of the match but we look forward to giving them a break in our upcoming matches.”

In the other premier matches, Ngatangiia/Matavera recorded a close 37-36 win over Takuvaine while Arorangi defeated Tupapa 42-34.

Netball Cook Islands’ Tekura Moeka’a said they were pleased to see some intense matches over the weekend.

“As expected, a thrilling match between Titikaveka and Avatiu and even in the East a close match between Ngatangiia Matavera and Takuvaine with Ngatangiia/Matavera stealing the win in the last 30 seconds. It was a great day of netball. The 6U and 8U grades were the matches of the day.”