Arorangi through to semis 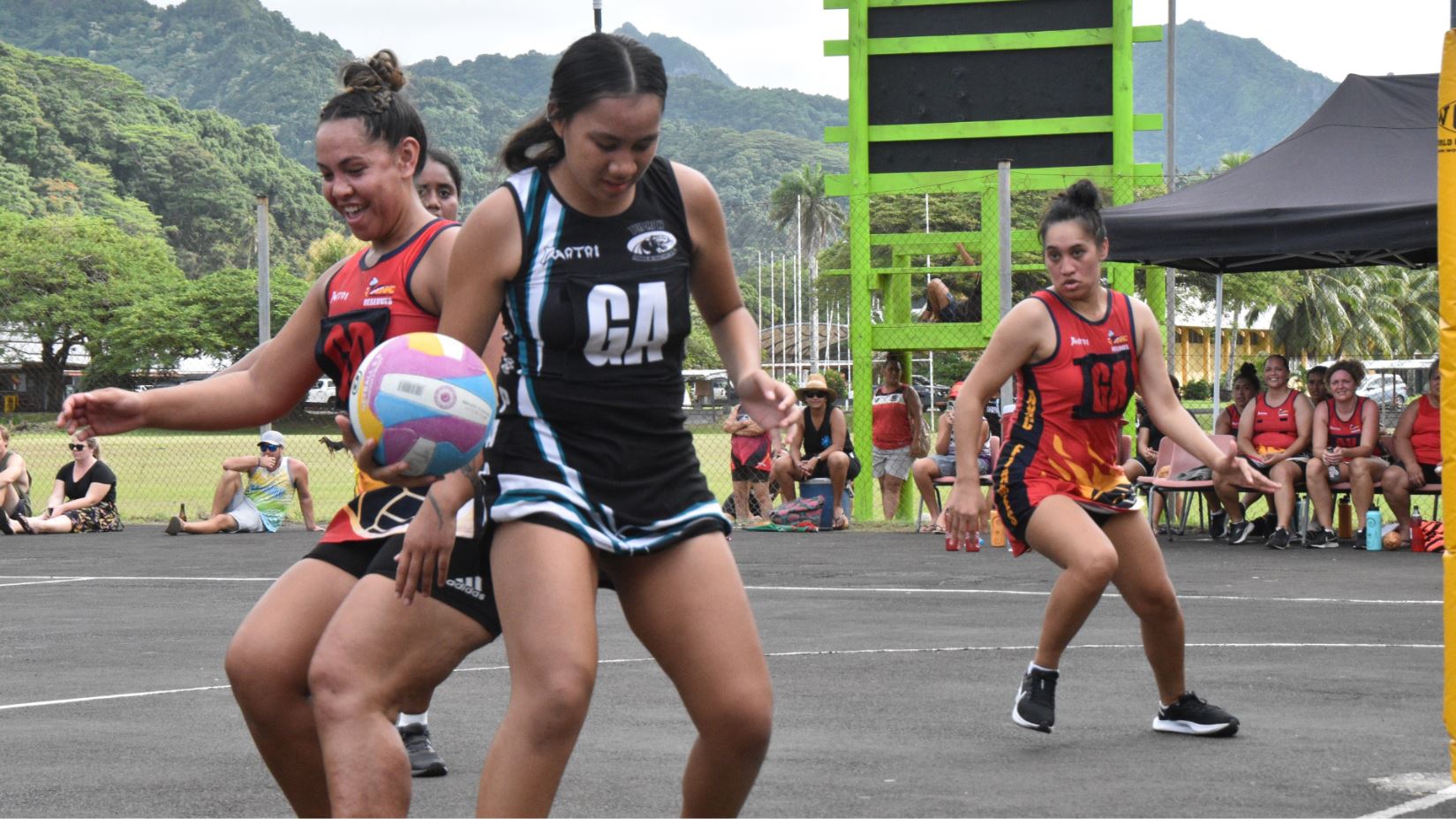 Arorangi vs Tupapa in an earlier round. Photo: COOK ISLANDS NEWS/22050704

Arorangi survived a tit-for-tat battle against Tupapa to make it through to next week’s premier semi-finals.

In the knockout stage of the Rarotonga Netball Club competition held on Saturday at the Ngatangiia courts, Arorangi pipped Tupapa 46-45 in a closely contested battle.

Netball Cook Islands secretary Tekura Moeka’a said Tupapa led most of the match but Arorangi managed to make a comeback and lead in the final quarter.

Tupapa had the chance to equalise in the dying stages of the match but gave possession away on the hooter.

Arorangi will take on second placed and last year’s runners up Avatiu while defending champs and the unbeaten Titikaveka will face TKV in the semis on Tuesday, July 26.

Moeka’a said the premier semi-finals were delayed “so that players who are with the national team in Fiji could feature for their clubs”.

Meanwhile the open 1 and open 2 semi-finals will be held tomorrow at the Ngatangiia courts, starting at 4.30pm.

In the open 1 semis, Avatiu will take on TKV whole Ngatangiia will battle Arorangi.

In the open 2 semis, TKV will play Tupapa while Avatiu will face Titikaveka.

The six and under to reserves grades semi-finals will be played this Saturday. All matches will be held at the Ngatangiia courts.

Note – The rest of the results from Saturday’s matches were not available when this edition went to print last night.