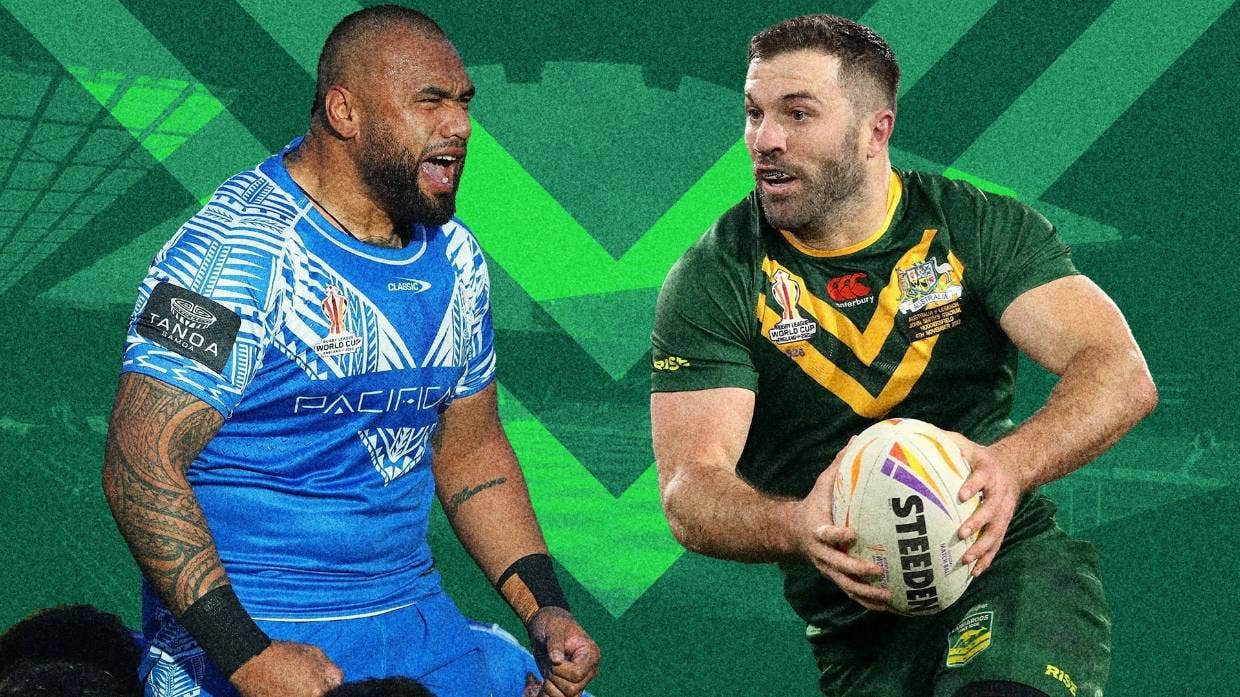 The roots of Samoa’s rise to become a threat to Australia’s Rugby League World Cup dominance were laid 34 years ago in the front room of a modest house in Auckland.

It was there as a 16-year-old boy that Willie Poching, who would go on to captain his country, would watch his father, the Samoan team manager Eddie, work the phones trying to get one of the country’s big names to say ‘yes’ to playing for Samoa at the 1988 Pacific Cup.

Samoa’s journey to this weekend’s final at Old Trafford was triggered by the Pacific revolution caused by Tonga at the 2017 tournament as players returned to play for their ancestral nation.

It has led the likes of Jarome Luai, Joseph Suaalii and Junior Paulo shunning the chance to play for the Kangaroos with an eye on causing an historical upset.

“I’m immensely proud of how far they have come.”

Landing a big fish, though, has long been a part of Samoa’s history.

Poching witnessed the first one when his father put the phone down at their Ponsonby home, turned to him and said: “We’ve got Olsen.”

Olsen in this case was Olsen Filipaina, the former Balmain and North Sydney five-eighth or centre who was nearing the end of his career in Australia and with the New Zealand national team.

“Only a couple of years earlier he had dominated Wally Lewis and that had given him super-hero status,” Poching said.

“It was how he played with that blockbusting style. He was the hero we kids idolised.

“I used to get the videos from the store from the previous weekend’s games of the Winfield Cup - he was the Polynesian pioneers.

“We thought: ‘this can be done, we can attract the big names and get the guys to represent Samoa’.”

Being proud to be Samoan was something alien to many of Poching’s contemporaries.

Many of them had grown up in New Zealand at a time when they feared they would be deported as part of the infamous “dawn raids”.

“I remember going to mum’s work and the police would come and take people back to the islands,” he said.

“It was harrowing when you saw families being torn apart.

“People had to hide their identity but to be able to come out and say they were proud to be where they were from was a massive change.”

Samoa’s qualification for the final has sent shockwaves through the world, sparking mass parades in the islands and among the diaspora.

Their captain Paulo has spoken throughout this tournament about wanting to give back.

While that might sound wishy-washy to some, Poching says for many Samoans it is sincere.

“This team is proud of being Samoan and is inspiring so many kids to embrace their identity,” he said.

“At some point in our lineage somebody made a sacrifice to leave the islands and to put on the Samoa jersey is a way of saying thanks to that.”

The Australian versus Samoan final will be held at 6am tomorrow.