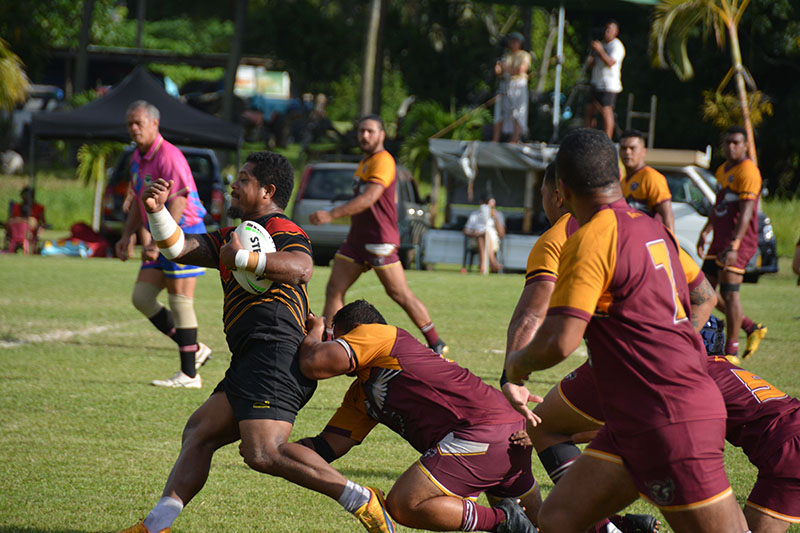 The domestic rugby league competition heads into a week break providing teams with a perfect opportunity to recover before entering the crucial half of the weekly meet in May.

The Clive Nicholas-coached side shrugged off a disappointing loss to unbeaten Tupapa Panthers a week ago to record a comprehensive win in the opening match of round two over the weekend.

The Eels thumped Aitutaki Sharks 40-10 at The Swamp on Friday. The win puts the side in the driving seat on 13 points from five matches – four wins and a loss.

The Panthers who were on a bye and have a match in hand have 12 points followed by Arorangi Bears on 11. The Bears defeated defending champions Ngatangiia Matavera Sea Eagles 22-20 at Raemaru Park on Saturday.

Eels coach Nicholas said heading into a two week break at the top of the competition points table was a bonus for the team.

The side will be on bye when competition resumes next weekend.

“We are motivated that we are the competition leaders heading into this Easter break. No offence to other teams but everyone knows there are two teams really vying for the title this year and then we have Arorangi Bears who are the darkhorse. They are a strong team and have lost to us and Tupapa, we managed to scrape through with a win so we are wary of the Bears as well.” Nicholas said.

“But being competition leaders doesn’t determine what will happen next month, we need to work harder to maintain our placing in the competition.”

Nicholas said the 20-34 loss against the Panthers was a wake-up call for the team.

“We watched the game (against the Panthers) and agreed we lost fair and square. The things that stood out as major concerns were our attitude and lack of discipline.

“We all trained hard, prepared well for the game but forgot to leave our egos at the gate. Tupapa came out hungry, we were hungrier but we took the wrong attitude when we responded to their attack. We committed some stupid errors including three yellow cards and two of Tupapa’s tries were due to our mistakes.”

Against the winless Sharks, Nicholas fielded some of their reserves and under-19 players.

The team also worked on their weaknesses and managed to come away with the 40-10 win.

“It was a good win and quite timely too. We got two weeks break, we’re on a bye next weekend and it’s a good time to assess where we are and fix those niggling injuries the boys are carrying after some tough round one games.

“Also having Albert (Nicholas) and Meti (Noovao) has helped a lot too, we agree on many things and disagree on some and its good to get that feedback from these two.”

Cook Islands Rugby League secretary Francis Toa confirmed the competition will take a weekend off and return next week with game two in round two.

However, the postponed premier men’s match between the Sharks and the Sea Eagles will be played this Thursday at Nukupure Park, starting at 4.45pm.