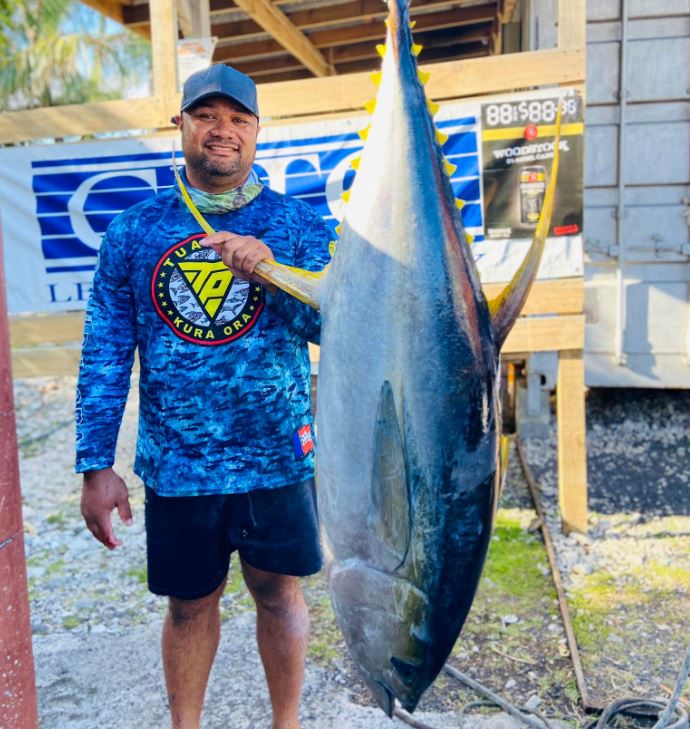 An impressive haul of yellowfin tuna dominated the species of fish weighed in at the CITC Liquor and Woodstock Fishing Competition held over the weekend.

The annual competition on Saturday was held in collaboration with the Cook Islands Game Fishing Club.

Marah Tairi hauled in the heaviest fish of the day – a yellowfin tuna weighing in at 58.2 kilogram.

Weighmaster of the club, Julie Tangimetua-Karika was pleasantly surprised at the number of large sized yellowfin tuna – more than 30 – weighed in.

“It was an awesome day for fishing, I was shocked to see the amount of yellowfin coming in, they were huge … a good day of fishing,” said Tangimetua-Karika.

Akura Fishing Charters’ Boof Mare took out the first prize in the marlin section with an 81kg blue marlin which he landed just 20 minutes into the trip.

Matavera fishermen took out the top three catches of fish in the heaviest aggregate category including Iro Maroroa’s total catch of 108.5kg which had nine yellowfin tuna.

Locally, yellowfin tuna is popularly eaten raw in sashimi or the local “ika mata” dish. This tuna species can be cooked any way you like – pan fried, barbequed, smoked, deep fried in batter, baked in the oven or boiled in a pot with coconut cream and herbs.

The next fishing competition will be held on Saturday, November 26 before the final event of the year scheduled for December 3.