Basketball season ends on a high 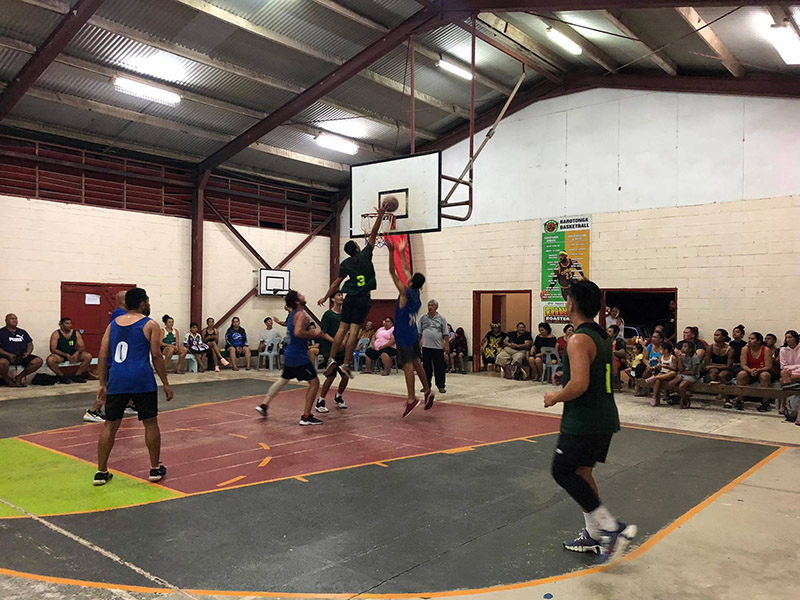 The open men’s South versus North teams battle it out in their final game against each other during the final game last week. 21100515

After eight weeks of growth and development in basketball with what started as a small committee of passionate basketball players - has resulted in a tightly knit group who are dedicated to continuing their slow and steady progress in developing the sport.

The Avaiki Basketball Tournament has come to a close its final game for the season being played on Wednesday last week at the Papa’aroa Hall.

The eight-week tournament saw plenty of growth and improvement for all involved, including players, coaches, referees and volunteers.

The tournament which began with a humble 147 involved saw 250 consistent faces turn up to games each week.

The basketball committee, led by John Engu and a handful of community members who wanted to share their love for the sport with younger players, was also able to be officially registered as a stand-alone association which will now go by the name Avaiki Incorporated.

“It was a good climax for the tournament,” Engu said, reflecting on the final games.

Awards were given out to the winning teams at the end of the night as well awards for most valuable players for each age division.

Engu reported that the top scores of the night reflected the skill level of the players which had leveled up throughout the tournament each week.

He said it was a huge success to end with the numbers they had acquired throughout the weeks, especially for a small non-mainstream sport.

“A couple select players really stepped up in the finals,” he added.

Now that the basketball committee is officially registered as a stand-alone association, with a few select sponsors keen to support them once again next season, their next steps will be to form a strategic plan in writing of what their vision is for the next few years, in terms of continuing to develop basketball within the country.

Part of their intention will be to keep their momentum of ‘slow and steady growth’ over peaking progress that comes and goes in a circle with each season.

“Our aim from here is to go down,” Engu said.

He went on to explain that what he meant by this was that they are aiming to dig deep and put their heads down to establish a deep foundation, then start going upwards.

“With a deep foundation you can build skyscrapers.

“If you want to go high, you have to go deep, we mean business,” he said.

“From here we will continue to refine, cut off, and add on, always in the best interests of Avaiki Incorporated.”