Thursday 20 May 2021 | Written by Supplied | Published in Basketball, Sports 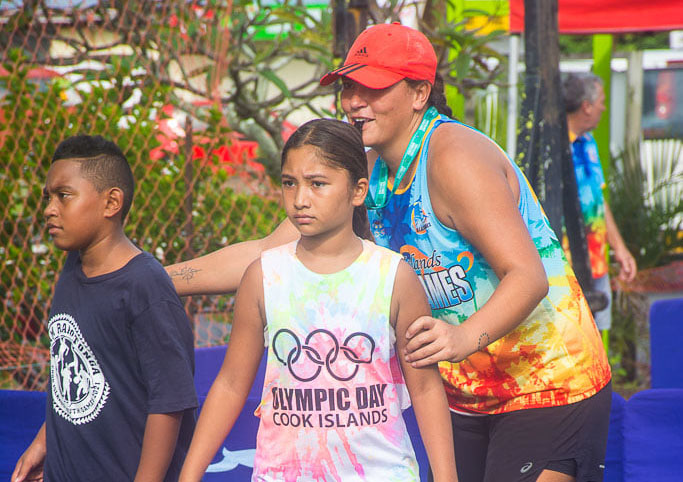 Keziah Lewis, the Games coordinator for basketball at the Youth Games. CISNOC/21051803

A bright future awaits the Cook Islands following a successful Cook Islands Youth Games that showed a glimpse of the country’s next basketball standouts.

The Cook Islands Basketball Federation (CIBF) gathered a total of 32 teams in the largest event so far this year that included a continued promotion and development of the booming 3x3 discipline.

Included in this is the mission of incorporating basketball as a permanent part of the country’s sporting calendar.

“The goal for us is to create and develop a consistent program to ensure that basketball has a place within the Cook Islands sporting calendar,” said Keziah Lewis, the Games coordinator for basketball in the Youth Games

Achieving it, however, will not be a walk in the park as the Cook Islands faces a dilemma of lack of standard indoor basketball venues that are needed in honing future national team players into the best they can be.

For one, CIBF has already knocked on the doors of academic institutions by launching School Programmes in which the federation visits various schools to introduce development programs for interested kids and teens.

Lewis, a member of the women's national team that competed in the Pacific Games Women's Basketball and 3x3 event promised to give their best in providing opportunities for players to compete around the country.

“We are also trying to work through the obstacles so that we can give the public tournaments that they can enjoy. We will continue to find a way to make this happen,” Lewis said.

The CIBF is hoping for all these efforts to translate into another good showing in the Polynesia Cup that was moved to February 2022 in Samoa, following a championship finish in the women’s division in its inaugural edition in 2018.

That feat paved the way for Cook Islands’ return to the Pacific Games the year after following an eight-year absence.

Moreover, its youth teams also participated in the 2019 FIBA U17 Oceania Championship – a sign of their intent to bolster their youth programmes that are expected to only reach greater heights with continuous development.