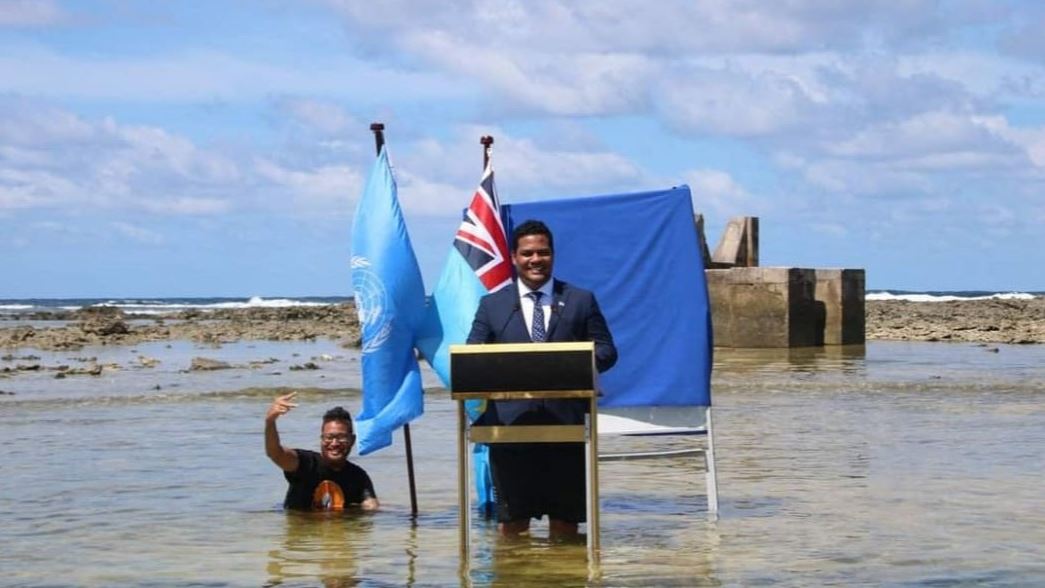 Tuvalu's foreign minister and Nobel peace prize nominee Simon Kofe has withdrawn from a UN Ocean Conference in Portugal in protest against China's decision to block Taiwanese participants in the island nation's delegation.*

Mr Kofe was the highest-ranking government representative from Tuvalu to attend the global forum.

He was en route to the Portuguese capital, Lisbon, for the summit that aims to scale up actions to protect the world's oceans, but made a decision to note participate after China's actions.

He arrived in Brisbane on Monday night instead of Lisbon.

The UN Oceans Conference is hosted by the governments of Kenya and Portugal and around two dozen heads of state and governments are expected to attend the event taking place from 27 June to 1 July.

Representatives from 193 countries will also be joining the conference, including 938 civil society groups, 75 foundations, and 74 universities.

Simon Kofe has been nominated for the Nobel peace prize.

He made headlines at last year's COP 26 summit, when he addressed the summit while standing knee-deep in the ocean to highlight rising sea levels.

Mr Kofe said he is surprised at the nomination but at the same time honoured to be considered.

He said the main message of the clip, which has gone viral online, was to recognise the plight of Pacific Island nations like Tuvalu in their fight against climate change.

Sir David Attenborough, the World Health Organisation, and Belarusian dissident Sviatlana Tsikhanouskaya, Greta Thunberg, and Pope Francis are among the other nominees for the Nobel Peace Prize.

*An earlier version of this story said that the entire Tuvalu Government had withdrawn from the UN Ocean Conference after China blocked three Taiwanese delegates. Simon Kofe is the the highest ranked Tuvalu official not attending the event following China's move.