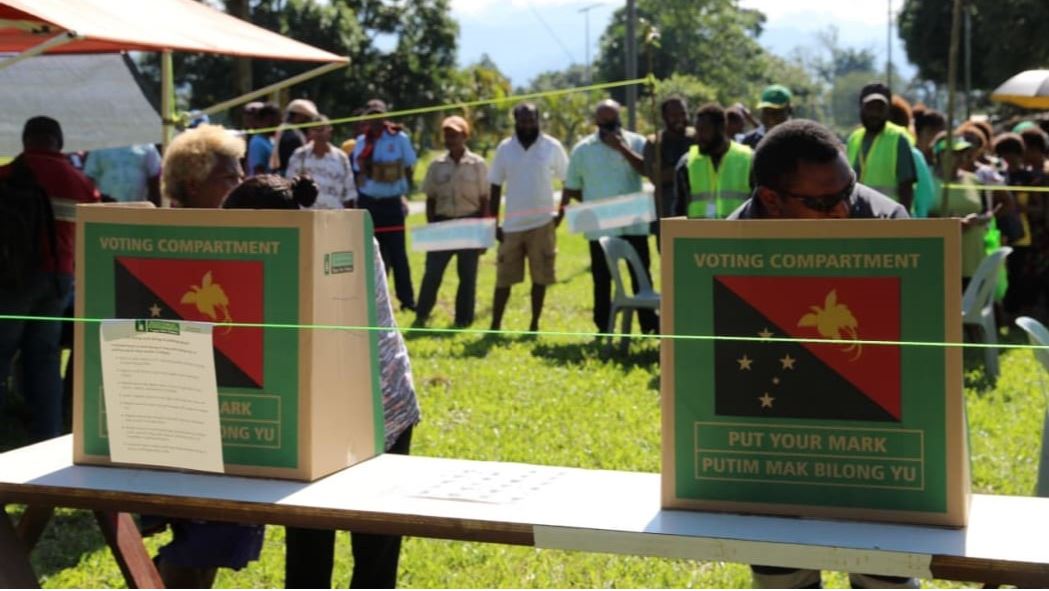 Voters have their say in this year's national elections, in Papua New Guinea Photo: Raguel Kepas

Enga province police commander George Kakas said if the ballot boxes were not recovered the poll for Lagiap electorate would be declared a failed.

The missing votes is the latest in a string of ongoing problems reported in Papua New Guinea's national elections.

Enga province was officially designated a 'fighting zone' after security personnel there were set upon by armed gunmen.

While the security personnel were not hurt, it was estimated ten people died in the fighting.

Enga police had made numerous approaches to people they believed know where the ballots are, demanding they be handed over, the Post Courier newspaper said.

Kakas said he understood 14 boxes were returned empty and 50 were unaccounted for.

A ditch had been cut into the road that links Laiagam Station with Porgera and Wabag towns, effectively denying police teams access to the area.

Kakas said if the culprits for the theft, and for the digging of the road ditch, were not found, police were considering laying charges against two people they believed were connected to the events.

Elections had been delayed in six of Enga's electorates.