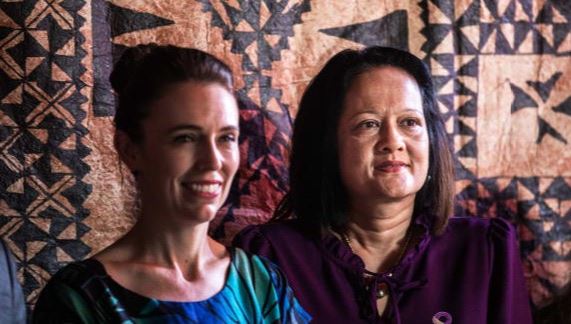 Gender-issues, family violence and fostering women to leadership have been key themes at the Pacific Islands Forum summit, which brought together leaders and representatives from most Pacific Island countries.

In and around the grand walls of the summit, leaders have discussed a host of issues. As well as regional security and climate change, women's rights and gender-based violence have been made a priority.

It showed that Pacific leaders are aware of the urgent need to improve services and opportunities for women in the wider Pacific region especially around gender-based violence.

"We not only need to inspire them, but we need to provide them with the aspirations as to what there is for them, and I think personally that many women are hesitant to step up to leadership positions.

"They have the education background, they have the capabilities, but as a nation we need to recognise more women for the work they do."

Singh said Fiji got minimal funding from the UN toward gender equality.

At a breakfast talanoa, the Fiji government and women's groups gathered with New Zealand prime minister Jacinda Ardern, where she pledged $12.6 million dollars to support women in Fiji.

"This will deliver increased support to a wide range of services, such as those that responded to and prevent violence against women," Ardern said.

"The funding will also expand work undertaken by the Fiji Ministry for Women, Children and Poverty Alleviation, to ensure Fiji's public service agencies have policies that are responsive to and empower women."

Fiji Women's Rights Movement director Nalini Singh said the money would be valuable for supporting women and families in vulnerable communities across Fiji.

"In terms of the work that we do... if you're talking about indicators, we have to look at violence against women, the gender-based violence indicators - we're not doing well there.

This year's summit was the first where the Cook Islands was represented by a woman.

"I come from a country where the role of women in society has always very much been one of proactive involvement, including in leadership roles and the running of affairs, whether it be the village the community, and in recent times how government operates, and including in the political sphere.

"I think for the Pacific region, each country has their own societal value system and their own way of operating."

She says Pacific leadership comes in all forms and levels.

"Is there more that can be done - I think absolutely.

"Diversity in leadership representation is important, not just in terms of males and females, but also in terms of our wider rainbow community."

The pacific region was slowly but surely addressing deep-rooted issues, transforming culture and acknowledging there needed to be more progress made from the family unit to the decision making table.