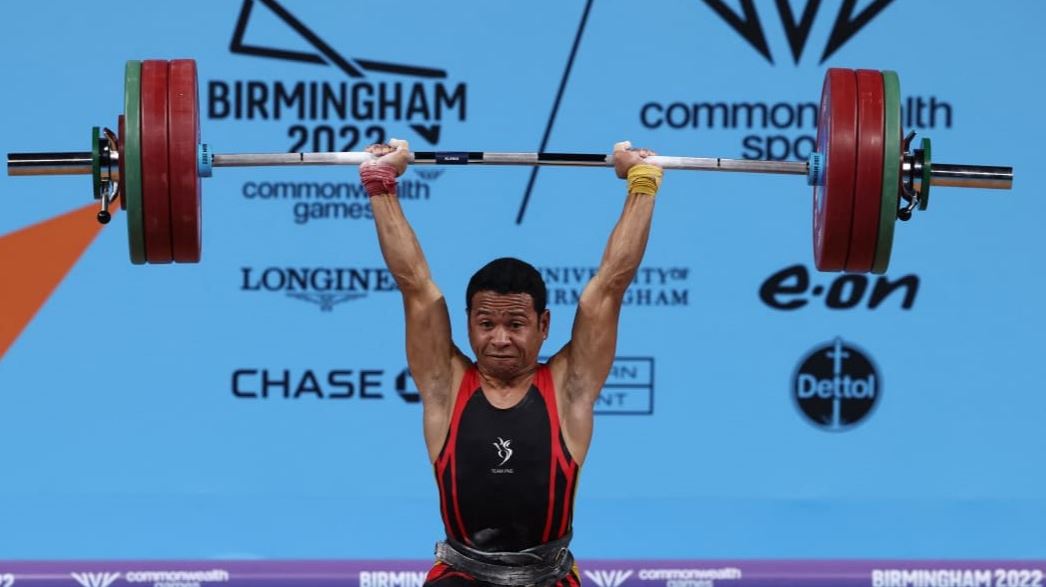 Papua New Guinea weightlifter Morea Baru borrowed his team-mate's national uniform to receive his second Commonwealth Games medal as his own one was too baggy.

Baru lifted 273kg in the men's 61kg category in England to replicate his silver medal at the 2018 Games in Australia.

Baru trained with Hall of Fame lifter Dika Toua at a makeshift gym at Toua's in-laws' home while gyms were closed by Covid-19 restrictions in PNG.

Toua, who also gained a silver medal at the 2018 Games, failed to get on the podium in Birmingham, finishing fifth in the women's 55kg category.

But she at least was able to help her team-mate be suitably dressed for the medal ceremony at the NEC Arena.

Boru, 32, is now looking towards the 2026 Commonwealth Games in Victoria.

"The thing that keeps me going is the fact that Dika keeps going, and I look up to her," he said.