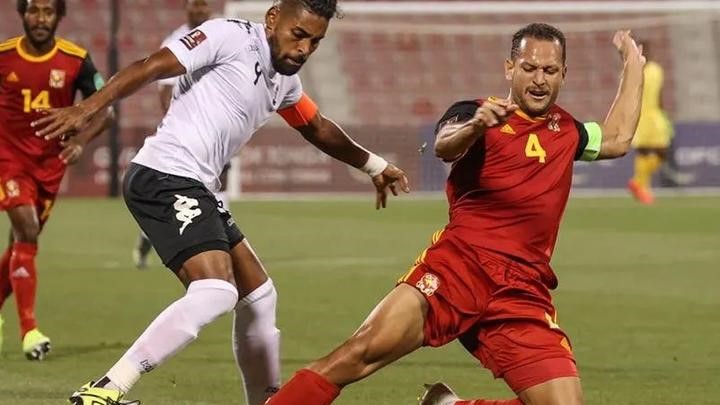 Papua New Guinea have come from behind to beat Fiji 2-1 and seal the final playoff berth in the FIFA World Cup Oceania Qualifiers in Qatar.

It was the Bula Boys who struck first courtesy of a 12th minute finish from Tevita Waranaivalu, but the midfielder went from hero to zero when he was sent off half an hour later for a dangerous tackle.

Then in first half stoppage time, Hekari United forward Ati Kepo scored to level the match at 1-1, which would have been enough for PNG to progress thanks to a superior goal difference.

Star striker Tommy Semmy put the result beyond doubt with a sharp finish in the 63rd minute to set up a semi-final showdown against Group A winners Solomon Islands.

In the early match, a hat-trick from teenage prodigy Raphael Lea'i inspired Solomon Islands to a 3-1 victory over Tahiti.

Lea'i put the Bonitos back in front seven minutes into the second half before completing his hat-trick deep into stoppage time.

The Melanesian side had opened the tournament with a 2-0 win over the Cook Islands last week, but the result was voided after Vanuatu and then the Cooks were forced to withdraw from the tournament following an outbreak of Covid-19.

Meanwhile, the All Whites confirmed top spot in Group B with a comprehensive 7-1 victory over New Caledonia to set up a semi-final clash with Tahiti.

The eventual OFC winners will play-off against the fourth-placed team from the CONCACAF confederation for a berth at the FIFA World Cup Finals.