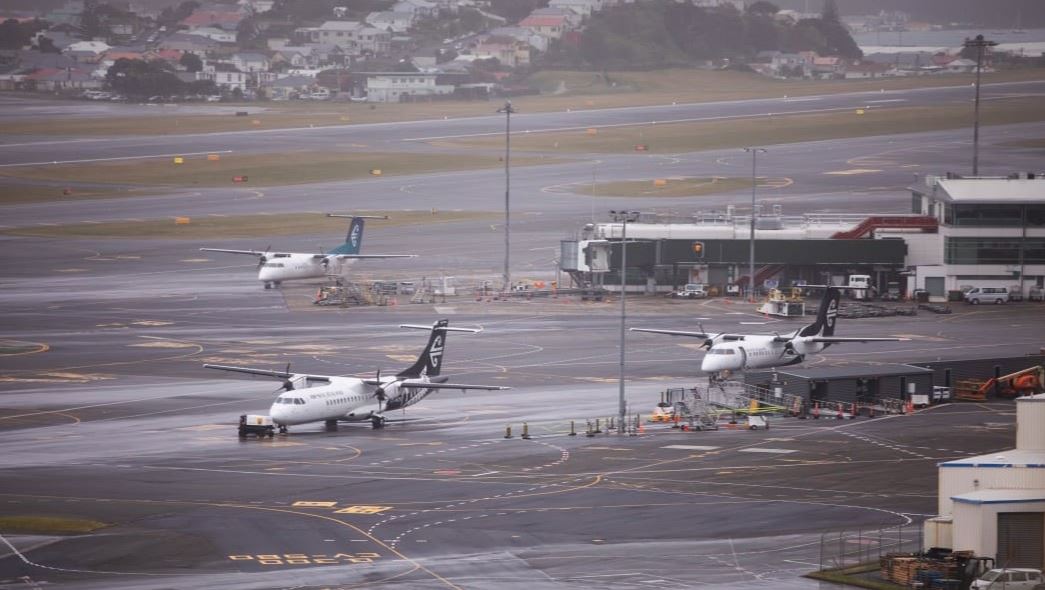 Severe weather forced 160 flights into and out of Wellington to be cancelled or diverted on Thursday Photo: RNZ / Angus Dreaver

The wild weather that battered parts of the country yesterday, cancelling flights and ferry services and closing roads, is still causing disruption for thousands of people.

Gale force winds forced 160 flights into and out of Wellington to be cancelled or diverted.

Wellington Airport expected the disruption would continue today because of the flight backlog.

The wild weather displaced aircraft and crew which would affect flights across the country and it may take several days to get passengers to their destinations, Air New Zealand said.

Cook Strait ferry sailings were cancelled amid swells of more than 7m, and waves up to 9m, and Interislander had rebooking 600 affected passengers on new sailings.

The Interislander ferryy Kaitaki left Picton on its early morning sailing about 2.50am on Friday and was due to arrive in the capital after 6am.

At least 1000 homes north of Wellington remained without power, in the Kaitoke area north of Upper Hutt, and also in Wairarapa.

Wellington Electricity said equipment had been damaged and it is working to restore power to affected customers as quickly as possible.

Several roads around the capital are affected by landslips, erosion and surface flooding, and motorists are advised to take care.

Southwesterly wind and southerly swells were easing on Friday, with swells falling to about 4 metres, MetService said.

Conditions were "looking good" for travel around the country this weekend, but more wind and rain will move through the country next week, MetService meteorologist Lewis Ferris said

"That is just a settled period I'm sorry to say. We do see another period of unsettled weather approaching from the north as we head into the new working week."

This winter had been especially wet for some places, with rain in Christchurch this month already two and a half times the July average.

Rivers burst their banks and flooded roads in Christchurch on Thursday and an evacuation was ordered in Pleasant Point because of the flooding risk of an eroded stopbank along the Opihi River.