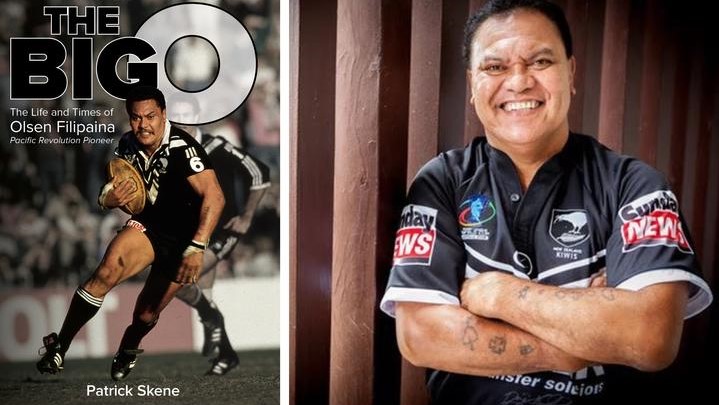 New Zealand rugby league great Olsen Filipaina has died at the age of 64, according to his brother Alf Filipaina.

"He was a fighter and fought for 16 days in ICU but our heavenly father needed a stand-off for his Rugby League Team, and now he has the best," Alf wrote on Facebook.

He had previously reported that his brother had been admitted to hospital on January 13 with a stomach infection, before deteriorating with a longstanding kidney problem.

Born in New Zealand to a Maori mother and Samoan father, he crossed the Tasman to join Balmain in Australia's National Rugby League (NRL) in the 1980s. He played 107 NRL games and has lived in Sydney since retiring.

Nicknamed the "Galloping Garbo" because he worked as a garbage collector even while playing elite-level rugby, he was named a "Legend of League" by NZ Rugby League in 2007.

Filipaina was a trailblazer, becoming one of the first Polynesian players to play in the NSW Rugby League where he enjoyed stints with North Sydney, Balmain and Easts.

He was famously plucked from reserve grade in 1985 to play for New Zealand where he led the Kiwis to a historic win over a Wally Lewis-captinaed Australia.

Alf Filipaina said a funeral service is being arranged to celebrate the impact he had on the community.

"A life so beautifully lived deserves to be beautifully remembered and we will announce more details on celebrating his life in the coming days."

The West Tigers said Olsen Filipaina was "a much-loved member of the club".

"Wests Tigers would like to extend its condolences to the family of Olsen Filipaina following his recent passing," the club said in a statement.

"A much-loved member of the club, Filipaina played 82 games across five seasons for the Balmain Tigers in the early 1980s - scoring 19 tries and kicking 83 goals."

In March 2021, Filipaina paid tribute to the women in his life telling Champions of the Pacific "They were very important [to me]. We wouldn't be talking now, and people would be saying 'who is Olsen Filipaina' if it wasn't for them," he said.