New Zealanders Are Flooding Home. Will the Old Problems Push Them Back Out?

Monday 24 May 2021 | Written by The New York Times | Published in New Zealand, Regional 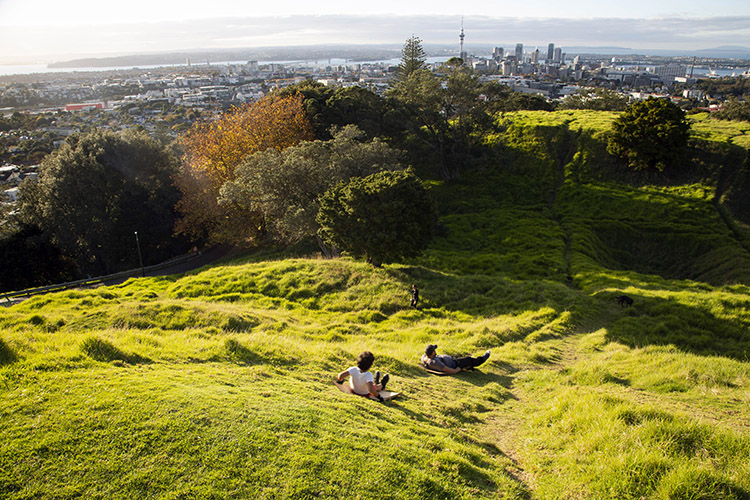 More than 50,000 people have escaped the pandemic by moving back to New Zealand, offering the country a rare chance to regain talented citizens. (Cornell Tukiri/The New York Times)

More than 50,000 have escaped the pandemic by moving back, offering the country a rare chance to regain talented citizens. But they are confronting entrenched housing and employment challenges.

Like many New Zealanders before her, Cat Moody chased the broader horizons of life abroad, unsure if she would ever return to a homeland she saw as remote and limiting.

But when the pandemic arrived, it “changed the calculus” of what she valued, she said. Suddenly, fresh air, natural splendor and a sparse population sounded more appealing, as did the sense of security in a country whose strict measures have all but vanquished COVID-19.

In February, Moody, 42, left her house and the life she had built in Princeton, New Jersey, and moved back to New Zealand with her husband, a U.S. citizen. She is among more than 50,000 New Zealanders who have flocked home during the pandemic, offering the country a rare opportunity to win back some of its best and brightest.

The unexpected influx of international experience and connections has led to local news reports heralding a societal and industrial renaissance. Policymakers are exhorting businesses to capitalize on the “fundamental competitive advantage” offered by the country’s success against the coronavirus.

The question is how long the edge will last. While New Zealand may look from the outside like a liberal Eden, those returning to the country face some of the same pressures that provoked their departure, like sky-high housing costs, lagging wages and constricted job prospects.

Given those issues and others, 1 out of every 6 New Zealanders lives abroad, 1 million people in all. Successive governments have pledged, without much success, to find ways to stanch the flood.

For many, higher salaries, particularly in neighboring Australia, are a distinct draw. Another powerful force is the intractable housing shortage in New Zealand, which has vexed the current government, led by Jacinda Ardern, and its predecessors.

New Zealand’s median house price increased by 19% in the 12 months that ended in April, and now stands at $576,000, or 800,000 New Zealand dollars, more than 60% higher than in the United States. Treasury figures released Thursday project that house prices will peak in the middle of this year. Cat Moody, a New Zealander, and her American husband, Eric Mills, in AUckland, New Zealand, on May 7, 2021. More than 50,000 people have escaped the pandemic by moving back to New Zealand, offering the country a rare chance to regain talented citizens. (Cornell Tukiri/The New York Times)

“From an economic perspective, nothing has really changed,” said Shamubeel Eaqub, an economist with Sense Partners in Auckland, New Zealand’s largest city. “All the underlying issues of poverty, smallness, affordable housing, high cost of living and congestion in big cities are still there.”

Some of those who have returned to New Zealand will leave again as soon as the pandemic ends. Such was the lure last year of a coronavirus-free summer spent at crowded beaches and festivals that the government imposed quarantine fees starting at more than $2,000 on New Zealanders intending to make only short visits.

And among those who intend to stay long term, many are cleareyed about the challenges.

“Financially, it’s a terrible decision for us to return to New Zealand because we were much better off in the U.S. from a wages and housing perspective,” said Lamia Imam, 36, who returned in March from Austin, Texas, with her American husband.

They had always planned to return to New Zealand, Imam said. Their move was hastened not only by COVID-19 but also by the presidency of Donald Trump and the United States’ unresolved systemic racism, highlighted by last summer’s Black Lives Matter protests.

“I have high hopes for New Zealand, and I don’t have any hopes for America,” said Imam, adding that she had been drawn by the leadership of Ardern, whose warmth and appeals to decency have won her an international following.

Imam said that she and her husband were willing to accept pay cuts and a smaller house in exchange for her home country’s “sense of community, safety and the ability to live your life at the pace that you want to.”

Spending time overseas has long been a rite of passage for young New Zealanders like Imam. A large number — including, in her youth, Ardern — stay abroad only as long as visas or funds allow.

But thousands of New Zealanders migrate overseas each year with little intention of returning — at least before starting a family or retiring, and therefore ending the hunt for faster-paced careers or higher wages abroad.

Modeling by the bureau projects that 23,000 of the New Zealanders who returned home from living abroad during the year ending in March 2021 will stay for at least 12 months. By contrast, 7,800 citizens moved overseas.

The Ardern government has announced no specific measures aimed at retaining citizens who return. But it is using its border shutdown as a moment to “reset” its immigration priorities, saying last week that it would loosen controls for wealthy investors while curtailing temporary visas for the migrants the country has long relied on as citizens moved away. Lively bar scenes like this one have remained a common sight in New Zealand throughout much of the pandemic. (Cornell Tukiri/The New York Times)

When the pandemic first struck, Moody and her husband were determined to remain in Princeton, she said. She was undergoing in vitro fertilization, and her husband was applying to American medical schools.

Moody, who worked for the World Bank and the consulting firm Deloitte during her time abroad, said it was important that she “not feel like I’m trapped, career-wise or physically or psychologically.” If she returned to New Zealand, she said, “I was scared I would lose that outward-looking global connection.”

But as the pandemic dragged on, the couple’s reasons for staying in the United States dwindled, and early this year they moved back to Auckland. They are so certain they will remain, despite the lower wages and less affordable housing, that Moody’s husband has begun the lengthy process of training as a doctor locally.

Wages in her field are about 20% lower in New Zealand than in the United States, Moody said, so she has kept her job as the global head of leadership for the strategy firm OneLeap, headquartered in London. She is among many newly returned New Zealanders who hope to retain their overseas salaries for as long as they can.

Time zone differences mean workdays in New Zealand and the United States or Europe scarcely overlap. Those working remotely are relying on a new willingness from their multinational employers to consider making flexible work arrangements permanent.

For people returning to New Zealand in hope of finding work in the public sector, as Imam had planned, salaries are constrained. The government announced this month that wage increases would be prohibited for the next three years for those earning more than $71,000 and tightly restricted for those earning above $43,000. The prospect of accepting such low pay, said Moody, who was a public servant before she left New Zealand, was “rough.”

What New Zealand is now offering her — a caution that led Ardern to shut down the country before the virus spread out of control — is what she had craved for the past year as the United States’ at times cavalier response to the pandemic led to disaster.

But she worries that New Zealand’s approach has not left it a clear route to rejoining the world. Fewer than 153,000 people in the country of 5 million have received both doses of a COVID-19 vaccine, and Australians and residents of the Cook Islands are the only non-New Zealanders who can visit.

“Shifting into how we take advantage of the way things have changed, I think having a government that is risk-averse is actually going to be damaging to New Zealand,” Moody said.

Imam, who worked in communications for the computer company Dell in the United States, said that New Zealand’s reputation abroad was better than it deserved.

Still, she said that new government policies, such as paid leave for women who have miscarriages, had convinced her that the “project that is New Zealand” was worth returning for.

“At least we’re doing something right,” she said. “I want to be part of that.”