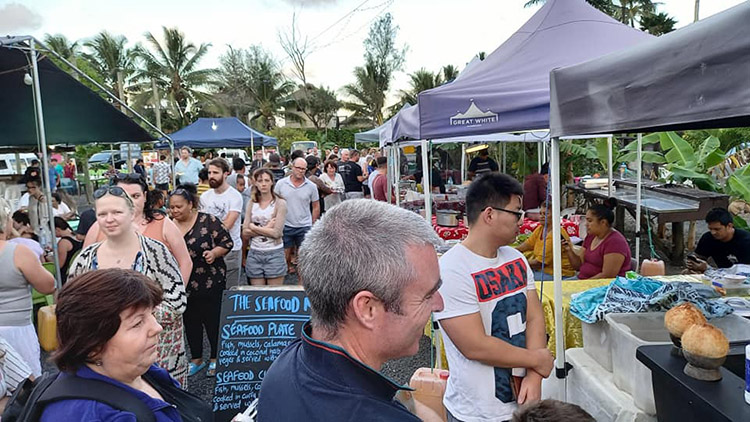 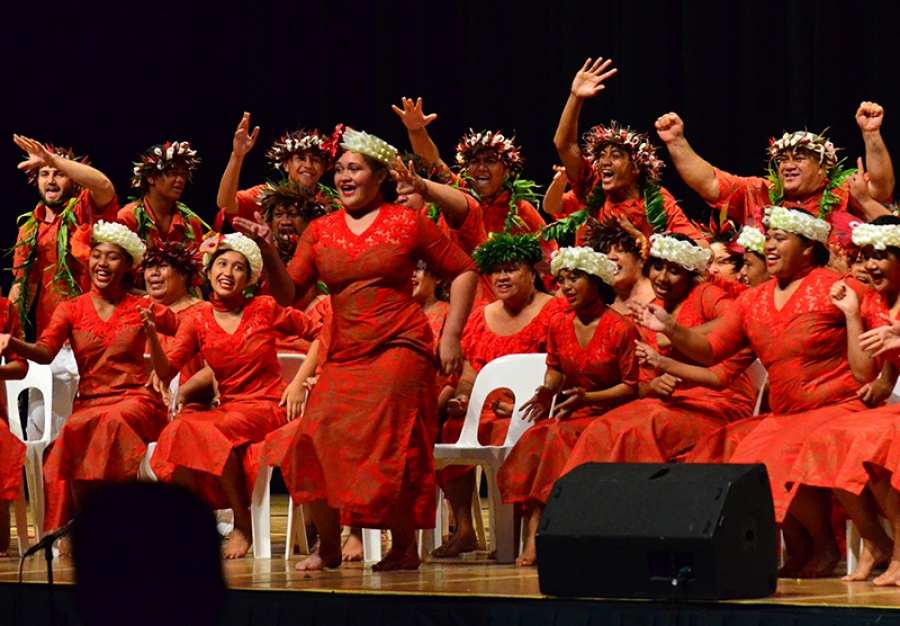 Fruits of their labour 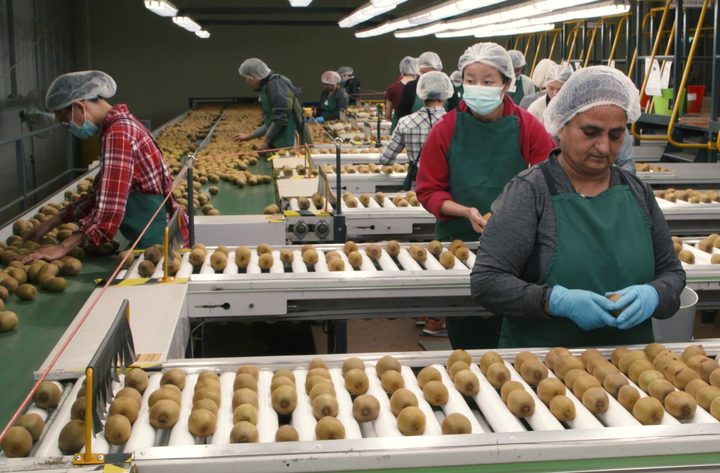 The Recognised Seasonal Workers scheme, where Pacific islanders come annually to work on NZ orchards and farms, can be viewed as a continuation of colonial exploitation, write Litia Tuiburelevu and Hugo Wagner-Hiliau for online New Zealand magazine E-Tangata. This is the second in a 2-part series.

There’s a collective amnesia around New Zealand’s involvement in blackbirding. The government was, at the very least, complicit in the recruitment, kidnapping and trafficking of black and brown bodies to plantations in the South Pacific and Queensland between 1860-1870, with at least 32 vessels allegedly involved.

New Zealand’s colonial legacy in the Pacific is one that was inherently exploitative. We took – not just land and resources but brown bodies, too. Let’s not forget the 144 Tongans kidnapped from ‘Ata island by Australian and New Zealand whalers, and then sold to Peruvian slave traders.

Blackbirding, like any slave economy, was rooted in white supremacy – the Pacific islands were seen as prime labour reserves with thousands forced to work in plantations and paid a pittance for their labour.

There is strong evidence to show how groups of Melanesians from Vanuatu and the Solomon Islands were coerced to work in New Zealand under the pretence of greater economic “opportunity”.

One example is from May, 1870 when the schooner Lulu docked in Auckland harbour with a “cargo of coconuts and 27 New Hebrides (Vanuatu) men from Efate”.

According to the captain’s own account, he paid “douceurs” (bribes) to Island chiefs to acquire his “cargo”. The mission was bankrolled by Auckland financier Edward Brissenden who used the men as cheap labour at his West Auckland flax mill.

When the Lulu arrived, the New Zealand Herald wrote an editorial that was equal parts degrading and distressing. While referring to the men as “niggers”, the Herald warned that “the importation of Island labour” had opened up “a new side of the labour question”.

This was labour “on the cheap”, it wrote, adding that “if masters cannot afford to employ white labour, [then] this is no country for the working man”.

As for the plight of the workers, it wrote: “There is at present no check upon justice of any kind. The men themselves are utterly ignorant of legal redress, and unless rules and regulations are laid down at once, we shall be having all sorts of abuses creeping in unawares.”

This caution seems as relevant now as it was 150 years ago.

This colonial legacy maintains a grip on our present, framing our relationship to the Pacific Islands and their people.

New Zealand has benefited from colonial conquest and exploitation of the Pacific, not just through material extraction of land, resources and unequal trade agreements but also by strategically pigeonholing Pacific peoples into low-paid, manual work for sub-par wages.

Capitalism and racism are mutually reinforcing. The former often uses Black, Indigenous, and people of colour as pawns on the capitalist chessboard, strategically played for social and economic clout with these groups seldom reaping the economic fruits of their labour.

Examining the RSE scheme in the context of blackbirding is important because the Lulu  – like other ships that arrived with Pacific “workers” – created what could be described as a blueprint for the Pacific proletariat in Aotearoa, feeding into the pervasive – and racist – rhetoric that brown bodies are “better” at performing physical labour.

The system, both past and present, is anchored in a capitalist logic. We need to recognise and acknowledge the ugly truths in our historical dealings with the Pacific to ensure such corruption doesn’t creep into the present.

And while many RSE employers in New Zealand do adhere to rigorous employment standards  – which are arguably stricter given the duty of care owed to their foreign workers – unfortunately there are some bad apples in the basket.

Some have suggested that the RSE scheme’s primary fault is its cap on worker numbers and bureaucratic red tape. However, a fixation on the numbers overlooks the fundamental problem of a scheme built on a business model that sees workers foremost as capital generators rather than human beings.

While these workers and their families do objectively benefit financially from this business model, this fact alone doesn’t acknowledge its complexities.

Even leaving aside the difficulties some workers may face while they’re here, there are human costs associated with being away from your community and your family – your children, wives, husbands – for upwards of seven months a year.

Maintaining two lives both at home and abroad is taxing, and what’s concerning is that worker perspectives are rarely amplified in mainstream media. This is something Angie Enoka, who completed the first PhD study on media coverage of the RSE scheme, found in her research.

“There was a big absence of the RSE worker’s voices in most news coverage unless journalists made strenuous efforts to source other voices. Most of the articles appealed to the dominant group, for instance, the representatives from the horticulture and viticulture industries and government officials, so the Pacific Island workers themselves rarely had a voice.”

Enoka argues that the pandemic had provided an opportunity to put the scheme under closer scrutiny. One of the most common criticisms is around wages – rates have remained relatively stagnant throughout RSE’s 13 years, despite increasing accommodation costs, living expenses, and employer deductions.

Immigration New Zealand even acknowledged in their recent RSE Impact Study that, since 2007, there hasn’t been a comprehensive assessment of workers’ end-to-end costs, from the time they depart their homeland to when they conclude their seasonal work.

Without this information, how do we know whether RSE participation provides sufficient financial rewards to be “worth” the sacrifice for families to be separated for long periods of time?

The RSE scheme may be an improvement on past labour schemes. It may have brought economic benefits to Pacific nations and peoples. But it has some way to go before it can truly be said to be a scheme based on a relationship between equals – a relationship that’s both mutually respectful and beneficial.

The question then is more than “who will pick the fruit?”

Instead, we should be asking: Will employers pay wages that accurately reflect the intensity of the work being done, rather than just the bare minimum required by law?

Will all workers be guaranteed access to decent accommodation, healthcare, leave entitlements, and legal information?

Will there be ongoing research to ensure the nine Pacific Island countries are equally benefiting socially, culturally, and economically from the scheme?

Will workers’ voices be heard at every stage? And which businesses will be willing to forego more of their profits to ensure the greater wellbeing of not only the RSE workers but other New Zealanders, too?

The big question is whether New Zealand has done enough to leave behind the legacy of exploitation that’s defined its past relationship with Pacific peoples.

We don’t think so. And until it does, we can’t help but echo the sentiments of a Pasifika teenager who marched down Auckland’s Queen St during the school climate strike march last year: “Pick your own f******g fruit.”

- Litia Tuiburelevu (Fijian, Tongan, Pakeha) was born and raised in Auckland. She graduated in 2018 with a BA/LLB (Hons) and is a professional teaching fellow at the University of Auckland’s Faculty of Law, overseeing the Pacific law students’ academic programme. She teaches an elective course titled “Pacific Peoples and the Law: Critical Perspectives” and is also interested in film and photography.

Hugo Wagner-Hiliau (Tongan-Palangi) is a fifth year LLB (Hons) student at the University of Auckland. This year, he’s been studying legal history as part of his honours law degree, for which he’s currently writing a paper on blackbirding and New Zealand’s RSE scheme.