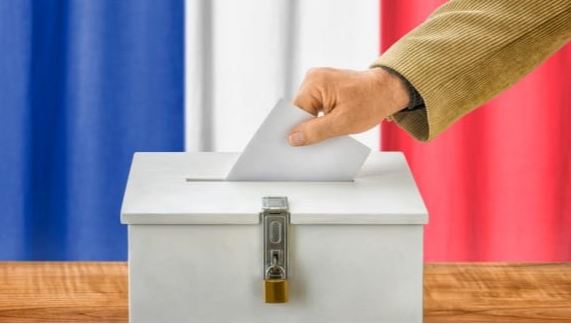 New Caledonia's first round of the French National Assembly election has seen surprise advances of the pro-independence FLNKS whose two candidates both made it to Sunday's run-off round.

Wali Wahetra came second in the constituency made up of the anti-independence stronghold Noumea, the mainly Kanak Loyalty Islands, and the Isle of Pines.

Her success marks the first time in 15 years that an FLNKS candidate has qualified for the second round there.

"The goal was attained for the first round", she said and thanked "those who think our struggle is legitimate and noble."

Sunday's voting was the first since the referendum on independence from France in December when the FLNKS boycotted the event, which then saw 96 percent vote against independence.

The election was open to all French citizens in New Caledonia, in difference to the referendum, for which the roll was restricted to indigenous people and long-term residents.

Turnout was 33 percent, which was a one-percent drop over the previous National Assembly election in 2017.

However, there was a slight lift in areas traditionally voting for independence because last time a key FLNKS party, the Caledonian Union, had called for abstaining.

With the joint FLNKS call to go out and vote, Wahetra secured 22 percent of the vote while the winner in the constituency Philippe Dunoyer got 41 percent.

Seeking re-election for another five-year term, Dunoyer stood for a newly formed Ensemble, which is a four-party coalition linked for the purpose of this election to the French president Emmanuel Macron.

In the other constituency, encompassing the main island minus Noumea, the anti-independence candidate Nicolas Metzdorf won 34 percent of the vote and the FLNKS candidate Gerard Reignier 33 percent.

17 candidates contested Sunday's election, including a former president Thierry Santa of the Rassemblement, which had historically been the key anti-independence party.

He won, however, just 22 percent, clearly distanced by Metzdorf and Reignier.

The Rassemblement's other candidate Virginie Ruffenach also came third in her constituency, winning 14 percent of the vote.

Reacting to her defeat, Ruffenach urged her supporters to back Dunoyer in the run-off to ensure the anti-independence parties keep being represented in Paris.

The success of the FLNKS has in part been explained by its member parties agreeing to run a single candidate in each of the two constituencies.

After shunning the referendum in December, it campaigned for the two seats in the hope of getting a representative into the French Assembly to have its quest for sovereignty heard.

The result also confirmed the political divide entrenched for years and largely along geographical and ethnic lines.

The polarisation is such that Reignier won more than 90 percent of votes in the northern electorates known for their pro-independence stance.

The anti-independence camp has been riven for years by varying rivalries but for the National Assembly election, four parties formed the Ensemble group, which Metzdorf considered to be a success.

Metzdorf, who is mayor in La Foa and the leader of Generations NC, joined as did Dunoyer of Caledonia Together Party, which had won both seats in 2017.

In the 2018 provincial election, Caledonia Together was weakened and the party leader, Philippe Gomes, who had held one of the two Paris seats for a decade, didn't seek re-election this year.

Sonia Backes, who is the president of the Sothern Province and the anti-independence politician representing the French president in New Caledonia, hailed the first-round victories of the Ensemble candidates.

She welcomed the support immediately expressed by the defeated Rassemblement politicians, saying there must be a united 'loyalist' camp.

Backes added that perhaps the new French overseas minister might visit while next week the law commission of the French Senate will conduct a fact-finding mission in preparation of a new statute for New Caledonia.

Many candidates expressed concern about the low turnout, saying some thoughts have to be given to finding ways of engaging the public.

With campaigning resuming for next Sunday's run-off, the two camps are aware that a large pool of voters could be mobilised on both sides.

The anti-independence side is however poised to bolster the support for its two candidates as the losing contenders in its ranks can add their backing for Dunoyer and Metzdorf.

This leaves scant hope for the FLNKS to win a seat in Paris - one of 577 on offer.