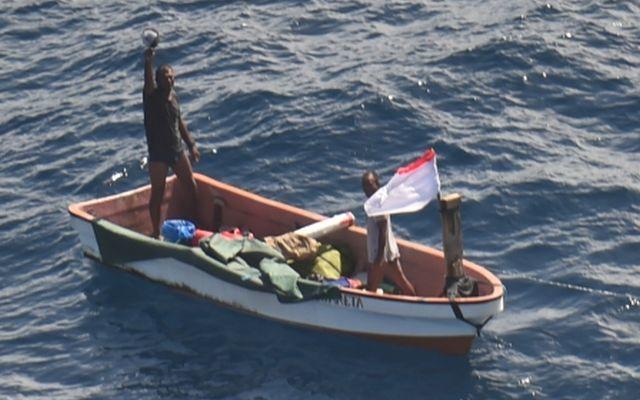 Two people who went missing in Kiribati waters have been found alive near Nauru by crew aboard an RNZAF P-3K2 Orion following a two-day search. Photo: NZ Defence Force

An aircrew on a Royal New Zealand Air Force (RNZAF) Orion have located two people who were reported overdue from a trip to Maiana Island in Kiribati.

The two people had last been seen on board a 5.8m fibreglass boat departing Tarawa, Kiribati, on 30 September.

They had planned to go to Maiana Island, an atoll about two to three hours away from Tarawa.

Aircrew on the Orion departed RNZAF Base Auckland on Tuesday to search for the pair, covering a search area of approximately 7300 square nautical miles on the first day of searching.

The aircrew overnighted in Nauru before resuming the search today and were successful in locating the boat with two people in the morning, 230 nautical miles from Nauru.

Nearby fishing vessel FV Queen Elizabeth 959 was asked to rendezvous with the boat while the P-3K2 remained overhead until the fishing vessel was on station.

New Zealand's search and rescue area is one of the largest in the world, covering 30 million square kilometres.

The RNZAF P-3K2 Orion, and the incoming P-8 Poseidon aircraft, are a vital tool for the Rescue Coordination Centre NZ.