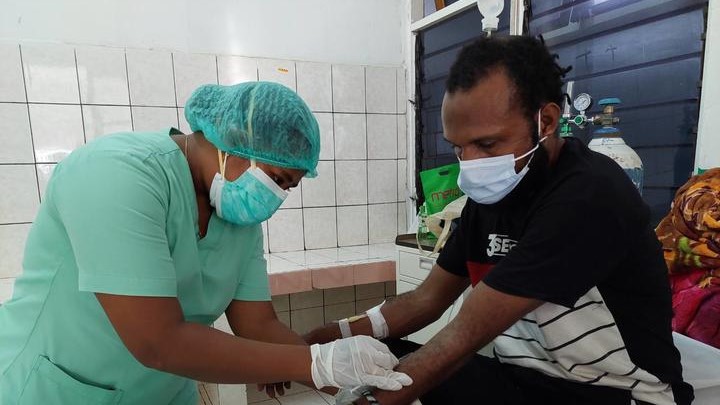 Indonesian authorities have been trying to get Mr Yeimo, who is the leader of the pro-independence West Papua National Committee, or KNPB, in court since May last year.

In the indictment he is accused of treason for pushing for West Papua's independence.

The next court hearing is due on Friday.

Mr Yeimo had been arrested by police in Jayapura in May last year after they had been seeking to arrest him for two years.

The arrest was because Mr Yeimo called for a referendum on Papuan independence during anti-racism protests which ended in riots in Papua and West Papua provinces in 2019.

He had initially gone to court in August last year but he was very sick and his lawyers sought a postponement.

Mr Yeimo's international lawyer, Veronica Koman, said at that time that he was so ill he could die at anytime.