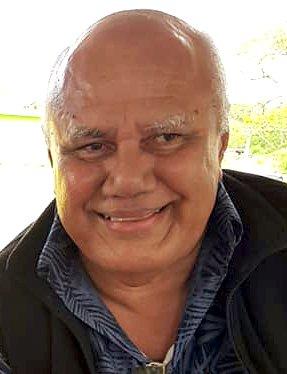 Viliame Gavoka has been appointed the new leader of Fiji's Social Democratic Liberal Party after the party's board meeting on Saturday.

Speaking to RNZ Pacific from Suva, Gavoka said he was not in the meeting when the decision was made.

Gavoka said the 2022 general elections is the focus for the party.

But he said first, he had to unify the party which has been rocked with months of tensions that split the party in April.

"The immediate focus is to network very aggressively within the party," he said.

"There has been a little bit too many voices in SODELPA.

"I will bring in discipline and unite everyone to speak with one voice.

"That will be my main focus."

Gavoka praised the selection saying it went according to the process set out by the board.

"We are very proud of the way it was done," he said.

"We can all feel confident that we have chosen the person we all believe is worthy of the position.

"And who can unify everyone for the journey ahead which is the 2022 general elections."

In May, the party was suspended for 30 days by the Supervisor of Elections for breach of the Political Parties Act and the Sodelpa Constitution.

Both main factions accused each other of a lack of transparency regarding donations and a failure to handle differences.

In June, the suspension was lifted but the factions remain.

Gavoka said he would work closely with members to address their grievances and disputes.

Gavoka replaced Sitiveni Rabuka who had earlier conceded defeat to the Nadroga MP.

Rabuka said he respected the board's decision and for the moment will remain with SODELPA.