Concern over unparalleled threat to the Pacific Ocean 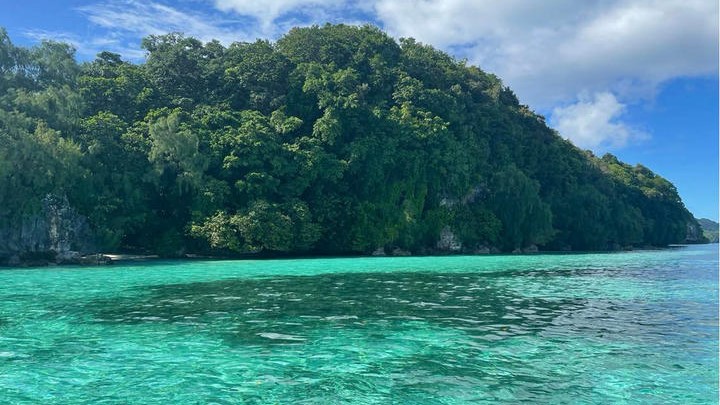 A group of former heads of state and regional leaders want the Our Oceans Conference in Palau to result in "meaningful outcomes" to safeguard the future of Pacific peoples.

A group of former heads of state and regional leaders want the 7th Our Oceans Conference in Palau to result in "meaningful outcomes" to safeguard the future of Pacific peoples.

The Pacific Elders' Voice (PEV) - an independent think tank made up of Pacific islanders who have been leaders in the region - said there is a need for greater protection of the marine environment.

The members include Dr Hilda Heine of the Marshall Islands, Anote Tong of Kiribati, Tommy Remegesau Jr. of Palau, and Enele Sopoaga of Tuvalu who said they are "extremely concerned about the unprecedented threats that are facing the Pacific Ocean."

Threats such as the impacts of climate change, plastic pollution; illegal, unreported and unregulated fishing, and the dumping of nuclear wastewater.

The leaders believe "more must and can be done in order to address these threats" and the forum next week needs to arrive at a conclusion that will protect the Pacific Ocean for the people that depend on it for their survival.

"The ocean represents the life-force of all Pacific Islands people," they said in a statement.

"We hope that the Our Oceans Conference will truly acknowledge this truth and set in train measures to ensure that the Pacific Ocean is appropriately protected for current and future generations."

A Tuvaluan oceans and climate activist Maina Talia, said people should get behind the former leaders' calls.

While speaking at a regional youth forum in the lead-up to the Oceans Conference on Thursday, Talia said listening to Pacific leaders is "something that we should take into account."

"The voices from our former leaders…it will strengthen our voice when it comes to oceans discussions [at the Our Oceans Conference]," he said.

The Our Oceans Conference is hosted by Palau and the United States and will take place on Wednesday and Thursday next week.

In an interview with RNZ Pacific last month, Palau's President Surangel Whipps Jr. said] more than 60 countries are expected to participate at the meeting.

President Whipps Jr. said the conference was about "making commitments".

"It is important that we come up with strong policies that protect our oceans, but also help us manage them sustainably so that we can really build a prosperous future and economically resilient future for our peoples."