Australia’s pledge on climate change action in the Pacific 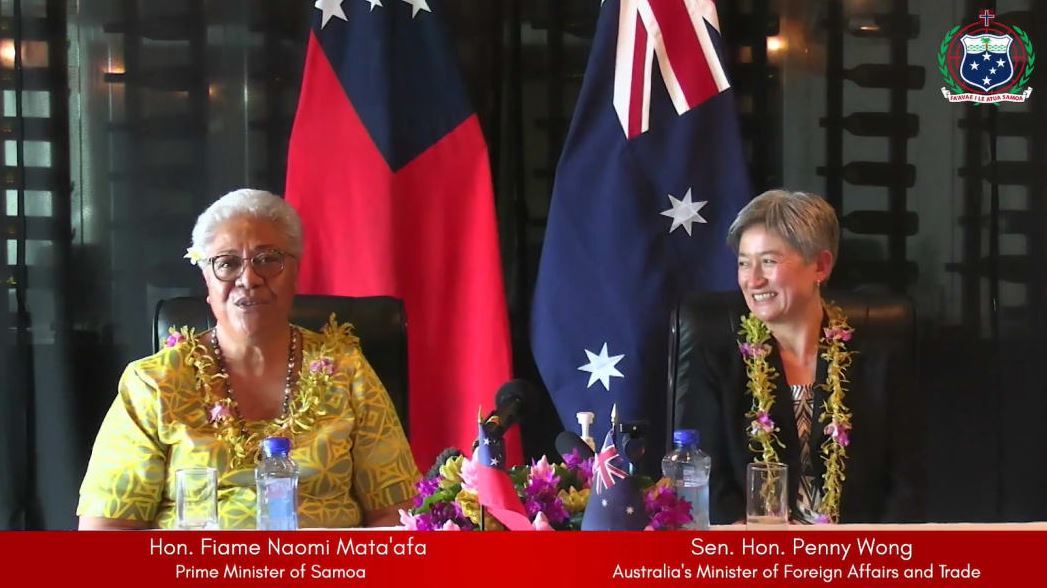 Penny Wong's stop in Samoa is the second Pacific country she has visited after Fiji since being sworn in less than two weeks ago.

She said the new Australian government was elected with a mandate to be committed to climate change and it understands how important the issue is to Samoa and all Pacific nations.

"We are called on to do so now more than ever," she said.

"We want to make a uniquely Australian contribution to the Pacific family and most importantly I want to be very clear that we are deeply commited to taking stronger action on climate."

Fiame said Samoa and "no doubt the Pacific region" is very pleased with the new Australian government's policy shift on climate change.

"The policy shift brings them closer to alignment with the Pacific advocacy for climate change," she said.

"We feel that this will strengthen the Pacific positions on climate change and of course we've worked closely with Australia especially in responses to climate impact."

"It's been reported that supposedly we had signed on this proposal from the Chinese government. I think that's been a misrepresentation," Fiame said in reference to the Common Development Vision agreement.

"Our position is that you cannot have regional agreement when the region hasn't met to discuss it and to be called, and to have an expectation that there would be a comprehensive decision or outcome is something we could not agree to."

"So I think the region has come to a conclusion is that we need to meet as a region to consider any proposal that's put to us by any of our development partners that requires a regional agreement."

At the start of Wang Yi's tour, the President of the Federated States of Micronesia said he had serious concerns about the details of the two leaked Chinese government documents.

Wang Yi has visited Solomon Islands, Vanuatu, Kiribati, Samoa, Tonga and Fiji. It is understood Papau New Guinea is next on his itinerary.