Silence in the face of evil 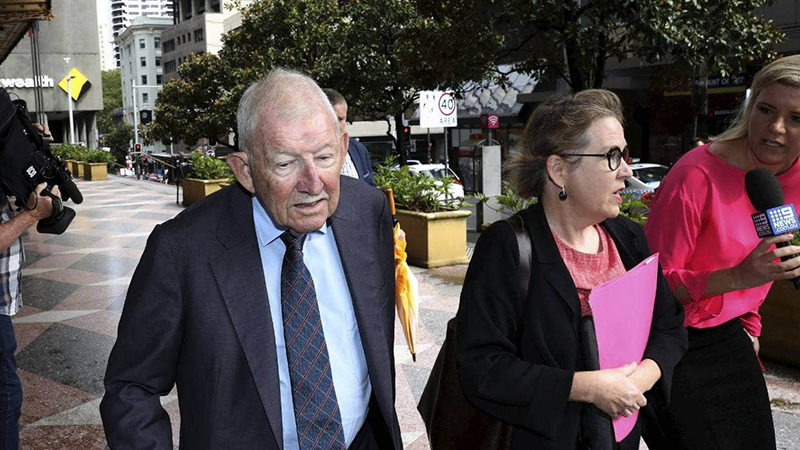 Do we have a stomach for horrific crimes committed by someone in leadership, be it civil society, government or the church, asks Thomas Wynne in his weekly column.

Watching in horror as we all did, agasp that this was happening in our beautiful Ipukarea, we all scoured the video again and again, looking for clues to identify these three young men, our young men, as they paraded a baseball bat and bush knife before a terrified cowering shop assistant. Cigarettes, money and alcohol were clumsily stolen as they ran out of the store.

The social media feedback was vicious and quick and more than 300 people commented on this terrible crime. It was shared for others to read 65 times, contributing to these young men, our young men, being captured and locked up the following day by the good work of the Cook Islands Police force.

Based on the social media comments, these three young men, if handed over to an angry public, would have little left of their bodies, with cries for their fingers crushed or chopped off, bashed, thrown into a pit, beaten, or at the very least a demand for public humiliation, to be outed, and named. And as a fourth young man has been arrested, he too will join those already named and face the public backlash for this horrific crime.

Because we don’t have a stomach for horrific crimes in the Cook Islands, especially those of young men, often uneducated, unemployed and addled by drug and alcohol abuse, not an excuse, just a context.

But do we have a stomach for horrific crimes committed by someone in leadership, be it civil society, government or the church, because if they commit horrific crimes, there is no violent reaction on Facebook, or calls for the perpetrator to be hung by a tree.

In fact, they will be able to continue in their horrific crimes while we are all silent, and it is this condoned silence that bloodies all our hands – all of us to the crime these men commit in darkness but known to all of us.

There will be no public outcry for their parts to be chopped off, like these three young men will endure, because if you are someone we look up to or someone who holds office, you can be a sexual predator in our community, and prey on women without the fear of anyone saying a word to the police, or to the newspaper, in fact you might even get a promotion.

Sir Ron Brierley may be a name some of us are familiar with, as Sir Ron was a wealthy tycoon and businessman in the 70’s and 90’s and received a knighthood from the Queen for his endeavours. Sir Ron, wore a suit every day and lived a public life most of us couldn’t dream of, boats, planes, money and prestige and public acclaim, even a knighthood, but Sir Ron had a dirty secret.

A secret that his position, power and money was able to conceal and cover for many years, that others close to him must have known, but today he faces 17 charges for having child abuse material as Australian Border Force officials stopped Brierley from boarding a flight from Sydney to Fiji in December 2019. Seizing his carry-on bags, laptop and electronic-storage units and allegedly discovering more than 200,000 images and 512 videos, of children being abused.

This kind of abuse is as much about power, and the abuse of power as it is about sex, and I am sadly reminded of the countless, mainly young women I saw in the Cook Islands who had suffered similar abuse at the hands of men, and most we know of their crimes, but instead of outrage there is instead a choice to be silent.

Because if you steal cigarettes, alcohol and money that’s a real crime, a crime that we get all very upset about. But if you steal a young man or woman’s innocence, if you steal their ability to form lasting meaningful relationships, if you steal her ability to trust, steal his ability to empathise and care for his future partner, steal their childhood or their teen years, then it is a crime we will say nothing about. And in fact, if we do say anything, it will be to blame the victim that somehow, they asked for it.

The crime these four young men committed sickens our stomachs and is wrong, that is without question, but what should sicken us more is the silence that continues for crimes far more hideous – who steal things more valuable than cigarettes or alcohol and too often by those we continue to hold in high regard.