OPINION: The magic of Christmas is everywhere 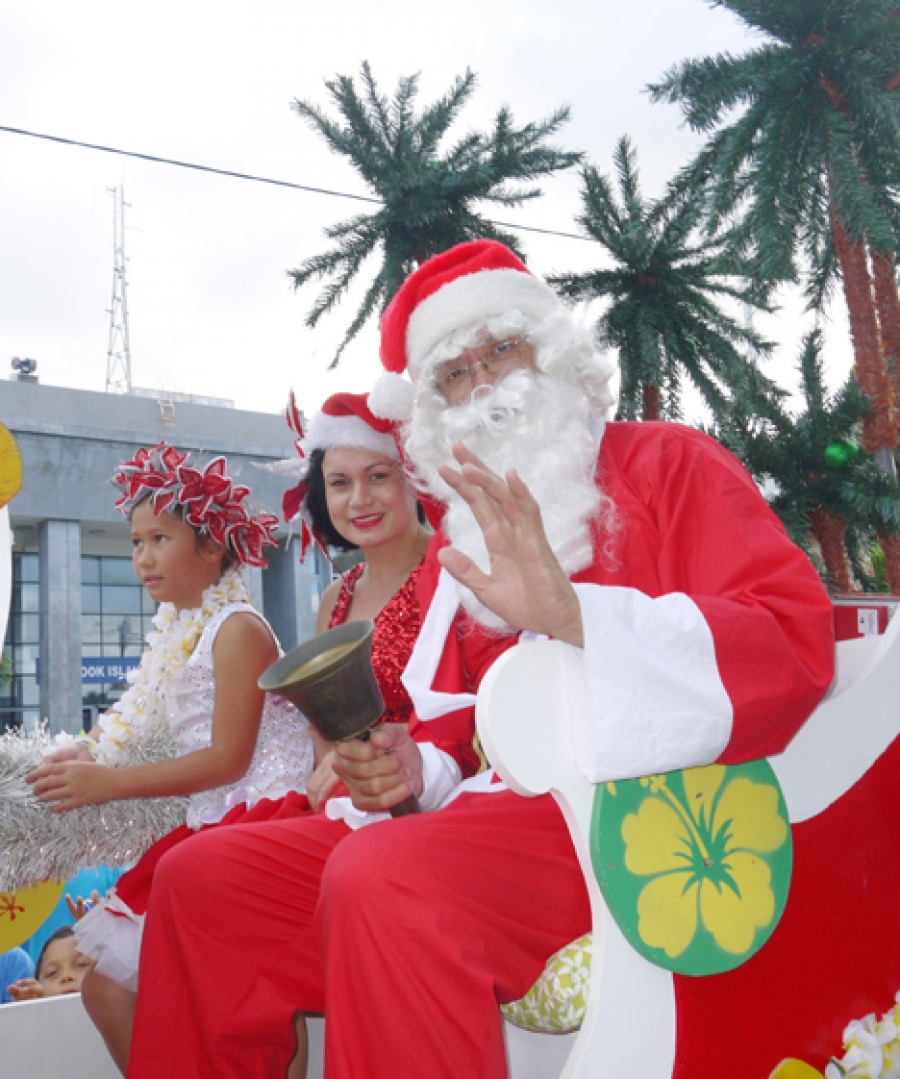 If you look you will find there is Christmas magic in everything, writes Ruta Tangiiau Mave.

Only five more sleeps until the magical moment of Christmas, not so much the birth of Jesus but the arrival of Santa.

I love Christmas, always have, I was 22-years-old before my youngest brother who was 12 got up before me to see what Santa had delivered.

I’ve celebrated my 21st twice now, not thrice, and the thrill of opening Santa’s presents still resides within me.

Growing up mum had rules, no gifts before 7am, make her a cup of tea and wait until everyone was up.

On the dot of 7am, I’d have everything sorted and be dragging my brothers out of bed. We started with a Santa sack pillowcase at the end of the bed, then a decorated ‘Kleensak’ by the fireplace, a material sock shape to fit an elephant’s foot.

By University it was an L shaped tree decoration.

Santa always left a bottle of real soda pop, some chocolate, a shiny red California apple and a noisy toy.

In those days, Santa was the giver of miracles, a special toy or a bike, mum’s presents were undies and socks.

When I became a parent, I delivered the amazing gifts and Santa got relegated to the necessities with some cool numbers to keep the magic alive. I mean, who wants to get up early for knickers and knick-knacks?

As a tweeny I’d get up in the middle of the night and check out the stash and if I wasn’t happy with my Santa selection, I’d find something better and swap it out.

Later as mum sipped tea and watched with exhausted amusement the delight of present opening five children can bring, I would proclaim how wonderful Santa was for giving me a Tonka toy, while my brother puzzled over his doll.

Watching mum blink and look from one present to another and back to me, knowing she had checked everything carefully, you have to with five kids, and think she was going crazy was fun too.

When I also proclaimed Santa had left the price on and he shopped at Farmers, she settled to accepting stress at this time of the year deserved an Irish cup of tea.

Christmas morning was extra special with us, because we were allowed Honey Puffs for breakfast, the rest of the year was porridge, Weetbix or cornflakes, a tradition I continue with my own children.

At around nine-10 years old, my kids started to question about Santa not existing. I would dismiss it, which started the games of them trying to outsmart and outwit the Santa myth.

The pantomime that ensued was delightful. Letters to Santa with the drink and cake left on Christmas Eve, the reply had to be written in a different font, the drink consumed or hidden as they counted the bottles, crumbs and reindeer footsteps to be drawn.

One night they camped out next to the fireplace (that was a long night), but worth the look on their faces when they woke to full stockings, muddy footprints and reindeer poop (raisins) on the front step, even a dropped present on the roof!

Still they persisted in telling me that Santa didn’t exist because someone at school had said so and only babies believe in Santa.

My stock reply remains “If you don’t believe, you don’t receive”, and therein lies the end of that discussion.

They may not believe but they don’t want to miss out either. It’s so typical of faith in adults.

As a child the existence of God is unseen, unheard, unknowing, the stories and ceremony create the mystical and spiritual feeling.

As the brain matures to reason and question, the realities of life’s twists and turns, ups and downs, taking a chunk of the magic, people start to become despondent and stop believing, stop playing the charade and debunk the myth.

Yet when given the choice of not believing and not receiving, they like to keep their foot in the door as they say there are no atheists in the foxholes of war.

Science and technology continue to question the story of the birth of Christ, the immaculate conception, the three wise men following a star to Bethlehem.

Yet we now have babies born from IVF, to same sex couples and in the sky tonight Jupiter and Saturn come closest to each other in 800 years forming in the sky, for the world to see, a large bright star.