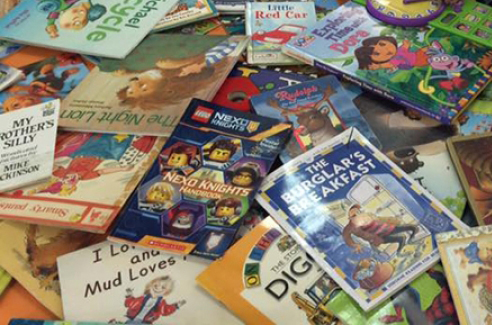 Is the world going mad? Are we making mountains out of mole hills? Can we not say or do anything anymore without offending anyone and if we do must it be the worst thing in the world? By Ruta Mave.

A Facebook post said ban Father’s Day because it’s offensive to the struggling single mothers and same sex couples in the world.

This is not a feminist view this is a man hating view. Unsurprisingly, another said ban Mother’s Day, in light of all the struggling single dads in the world.

Maybe we should ban Valentine’s day for offending all the single people in the world, and then ban Strawberry day because of all the lemons in the world. Where does it end?

Now schools are wanting to ban speaking to children about their ‘mum and dad’.

What about IVF children, are they to refer to their test tube parent and sperm donor? In a same sex couple are you now referred to as same, same, other, opposite what?

Will it ever stop?

What does a child do when they are lost in a shop and want to call out, “Mum, where are you?” or they are stuck up a tree, do they yell “Dad… I mean nongestational parent, help me?” Shouldn’t it be the child’s choice how they refer to their same sex parents?

I know of children with two female parents, caregivers, guardians, one did carry the child, so could be called gestational parent, but instead the child refers to one as mum and the other as mama and has no qualms, no confusion.

Similarly, the school could refer to them similarly. How confusing. Because a child identifies LBGT does that change who or what their parents are? Women who birth a child are definitely the mother gestationally, but it is the care and nurturing they continue to give the child that makes them the affectionate term of mum.

Similarly, anyone can father a child by being a sperm donor then walk away, but the voluntary staying through all the highs and lows and providing financial support and help to the mother and child will be how they win the title of dad.

Should this affectionate title that speaks volumes of time shared, be taken away, and replaced with a politically correct, nongender, non-offensive generic term that lacks endearment?

It is the world we are living in and it is changing how we speak, for good reasons, as seen with racial and sexist slurs, but with family terms do we now change nana, nanny, papa, granddad, gramps to something representing a product description on the back of a mass-produced toy?

Can you imagine introducing your child to your father, as “hey baby, look it’s your pregestational, nongestational parent”.

In the age of texting we will probably end up being GP or NGP, or ‘rentals’, which is probably more closely descriptive to what we are and do these days, except they don’t pay us any rent.

In another move six books by Dr Seuss were banned because they offended someone or something. I could clearly understand Enid Blyton’s golliwogs being banned but I can’t remember anything sticking in my mind from the Cat in the Hat, or Green eggs and Ham writer.

What I do wonder is why these offended people can’t put their efforts into other more imperative projects like, banning pornography and the sale of sexually graphic magazines in supermarkets, something that contributes to real abuse of women and children, that not only offends but destroys young minds and lives around the world.

How can they have cartoon books banned so easily and not use their obviously persuasive minds, money and efforts into areas that despite continual collection of evidence linking their existence to the abuse and denigration of minors, no one bans.

If removing Dr Seuss is for the protection of children why not ban pornography?

It was Queen’s Birthday yesterday and June is Rainbow month dedicated to the diverse LBGT community and their queen’s. Why do we need to allocate a portion of time to one community than another?

If we see someone who is doing something different that is not harming anyone and even if it’s not our cup of tea, if it’s not affecting our day to day living, why can’t we be like the movie Frozen, and let it go, let it go.