OPINION: In the boots of a valiant Anzac soldier 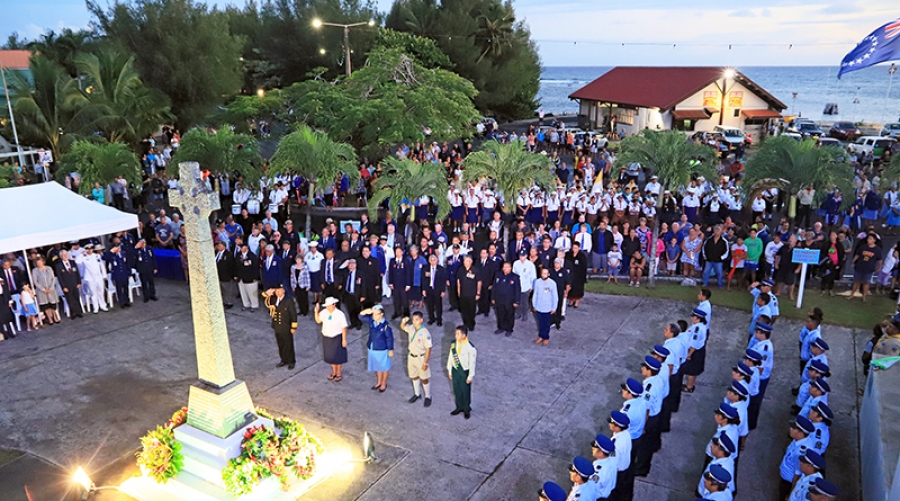 A crowd of hundreds stretched up and down the street outside the Cook Islands High Court building in 2018, gathered together for Anzac Day to honour those who gave their lives fighting for their country. 18042513

Anzac Day, resplendent in its red poppies, marks the anniversary of the first key military action fought by Australia and New Zealand forces during the First World War. In 1915 The Anzac soldiers formed part of the allied expedition which set out to capture Constantinople, now named Istanbul, in Turkey. They landed at Gallipoli on April 25 and met fierce resistance.

As a tour guide in Europe, I took passengers to the Gallipoli memorial site. The night before, we would watch the movie ‘Gallipoli’ featuring Mel Gibson, to incur a wave of empathy for the soldiers’ plight during that time.

If you want to experience fighting on the front line, forget your PS4 games with your point of view shooting. Yes, the video shows mud, but you don’t feel it, you don’t hear it, it doesn’t fatigue you.

Driving to the peninsula, we head straight down to Koyu beach, where the boats pulled in to drop off soldiers, who were weighed down with packs of gear, holding their rifles, wearing boots and heavy clothing.

Most of them jumped into deep water and some sank straight to the bottom; others were hit under water by gunfire and never made it to the beach, to the trenches, to the stalemate, that would last for eight months under the strategic guidance of First Admiral Winston Churchill.

Looking from the sand up a five metre bluff, we would tell those on our guided tour to climb – with their day packs, water bottle, in their summer light clothes and sunblock.

They would slip and complain it was too hot, too hard, they didn’t like it. Diddums. It’s one thing to recognise and remember the efforts of the Anzac’s, but it’s another to put yourself in their boots. It was a small, symbolic attempt, and we failed.

Over the bluff we would walk up to the top of the ridges, where the Ottoman soldiers had the height advantage but initially had no ammunition, only their sabres.

Their call to action was ‘not to attack but to die’ – 65,000 along with 46,000 allied soldiers. In the early stages of the first landings Anzac soldiers made it to the top, but without guidance or officers to co-ordinate the troops they soon lost it again.

After months held to the beach, with the cost of life too large for both sides, came the uncomfortable realisation of how many is too many?  Eventually, they decided to withdraw, this being the one thing command got right.

Hanging hats on sticks to look like soldiers, the remaining allied forces left what is now Anzac Cove, without any further loss of life. Although the Gallipoli battle didn’t make a strategic mark on the success of the war, it did create an everlasting unity in pride for the countries from down under, the Anzacs are remembered still to this day.

World War 1, the Great War, the war to end all wars, didn’t. But many a young lad was excited to be part of the action and signed up. Over four years it led to the mobilisation of 70 million military personnel, 8.5 million military deaths, 13 million civilian deaths and about 23 million injured.

Men were asked to fight for their country. We’ve been asked to stay home, watch movies and relax, to save our country. How the world has changed.

My Tahitian papa wanted to join, and his mother moved him to Rarotonga. The British Empire initially wouldn’t allow coloured soldiers to fight because they might be exploited, but when numbers were dwindling, they dropped the enlistment age in the islands from 20 years to 18 years whereby school boys went to war.

Papa used a false name because he was underage and was joining without his mother’s permission. At 17 he left sunny islands to be shipped to cold, war-torn Europe. He survived, war, quarantine and the flu pandemic.

Those boys-to-men came home to no jobs and very little money. Papa was a planter and he married my Rarotongan Mama. He fought to protect us in a world he would barely see, for a future he could not conceive. Every year family attends the Dawn Parade Service wearing his medals.

My son is 17 and talks of joining the New Zealand Defence Force, not to fight for God and country, but for a career, a paid life and to travel the world, the brochure says.

It’s a different world from Papa’s, and changing. War constantly exists, not across an open, barren field but in daily civilian lives in secret cells. War is basically an accepted form of murder.

Something to remember, Lest we Forget.