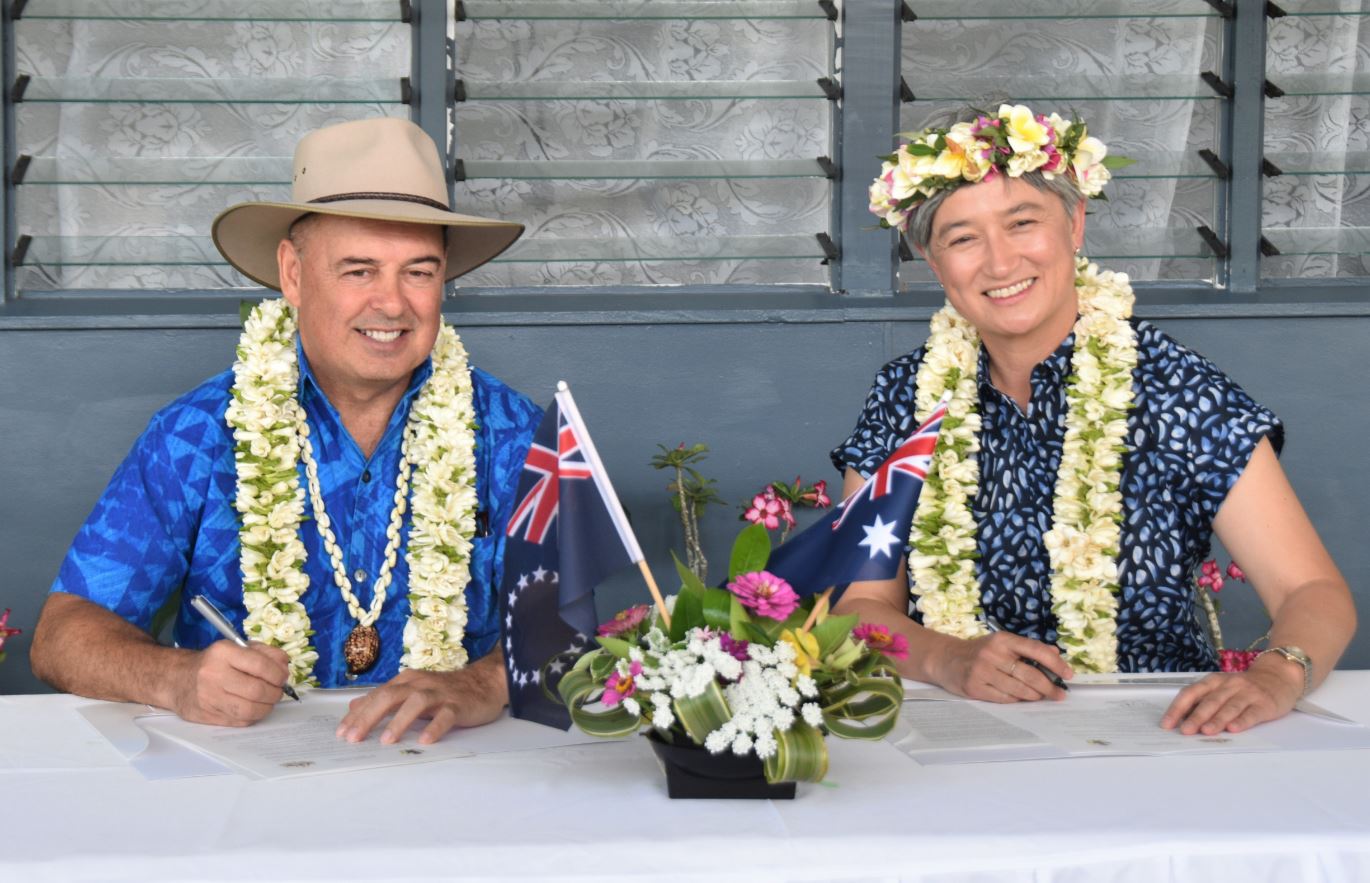 A “milestone” agreement has been signed by Prime Minister Mark Brown and Australian Foreign Minister, Senator Penny Wong, but no money exchanged.

The agreement is named “Oa tu manava” or the “enduring friendship agreement” in English.

“This is a milestone in terms of the relationship between Australia and the Cook Islands. For the first time we have an agreement of this sort, based around the five pillars of areas that we're looking to develop as partners together,” Brown said.

Wong, who visited the Cook Islands for the first time, said the agreement meant a lot for Australia.

“Australia is really pleased and excited about the next phase in our relationship with Cook Islands and this partnership is a really important step, it's a big thing for us,” Wong said.

“Not only for the pillars that the Prime Minister went through, but it signifies a new and deeper phase in our relationship which we are really pleased to be part of.

No money was given to the Cook Islands as part of the agreement.

However, Wong said Australia wanted to partner with the Cook Islands on infrastructure projects, like the redevelopment of Penrhyn wharf.

“The benefit of infrastructure of course, it's not just a grant for a programme but you're investing in economic resilience,” Wong said.

Brown said: “From our perspective, we welcome Australia's renewed engagement in the climate finance space. We’re certainly one of the countries at the forefront of climate change, we will be discussing and engaging more with Australia on how their support in funding initiatives in the region can trickle down to the Cook Islands.”

Brown said a large diaspora of Cook Islanders lived in Australia and it was important to have strong people-to-people links with the country.

He said the next step for the government was for the Cook Islands to establish its own mission in Australia.

Brown said in the past Cook Islanders were able to utilise the Australian institute of sport and wanted to be able to re-engage with that institution.

“We would like to also enhance the links to educational institutions and universities in Australia, which a number of our current senior public servants are alumni of,” he said.

“This is just the beginning if you like of this new greater engagement with Australia.”

Wong will depart Rarotonga for Niue today and will continue to French Polynesia.