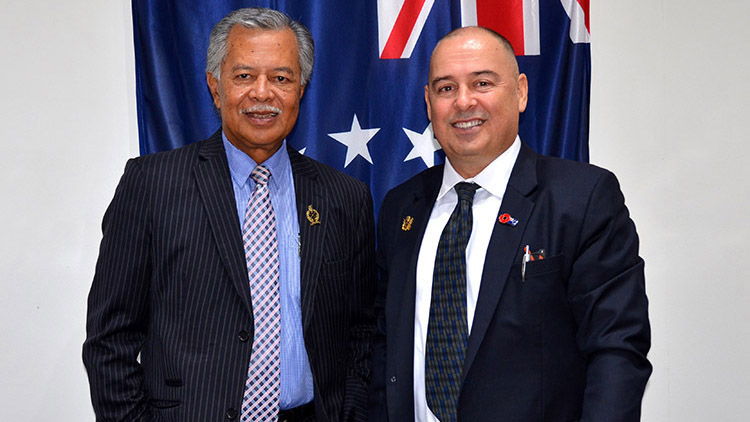 Brown says he will look forward to meeting Prime Minister Rabuka early in the new year, to transition the chairmanship of the Pacific Islands Forum as efficiently as possible.

He says he is looking forward to working with him for the betterment of the region.

In a statement, Puna said he also congratulated the successful appointment of his Cabinet, in line with the agreement reached by the coalition of political parties who now form Fiji’s government.

“As the home of the Pacific Islands Forum Secretariat, the affairs of the people and government of Fiji are close to the hearts of many of our Secretariat staff and families,” said Puna.

“We congratulate the people of Fiji for the peaceful observance of its democratic and constitutional processes which has resulted in the appointment of its Prime and we stand as the Pacific Islands Forum Secretariat committed to the ongoing service towards the 2050 Strategy for the Blue Pacific, and to the service to the people and leaders of our Forum family.

“I acknowledge the distinguished tenure of the Hon Josaia Voreqe Bainimarama, including his leadership as the Chair of the Pacific Islands Forum. I look forward to working with Prime Minister Rabuka and his Government as they continue Fiji’s role as Forum Chair.

“Finally, and most importantly, I extend seasons blessings to the people of Fiji and their newly-elected Parliamentarians, and to the Prime Minister as he confirms his government.

“Fiji has come through a general election and its subsequent Parliamentary milestone and can now fully enjoy the full measure of this festive season.

“Thank you for upholding the values of peace and goodwill as we, together, look forward to working towards a productive and successful 2023.”

FROM CHARLES DAKULIGA, SECRETARY OF THE Friends of Fiji (Cook Islands) Incorporated

Friends of Fiji (Cook Islands) Incorporated is delighted with the new Fiji Coalition government sworn in on Christmas Eve. FOF been very supportive of the People’s Alliance Party and its manifesto. Amongst which is the restructuring of the public service and removal of short term contracts for civil servants, the bringing back of the GCC and the return of all military personnel back to the barracks instead of being security details for the government.

FOF share the sentiments  of renowned Fiji nationals that the new government should let due process take its course and not indulge in any witch hunting (targeted prosecutions) otherwise the new government will be no different from the 2 men regime that led the country in the last 16 years.

We’re also happy that freedom of expression and association will be returned to the people of Fiji as fear mongering has been witted out! FOF looks forward to the new government working with the government of CI for the interests of Fiji foreign workers ~ END