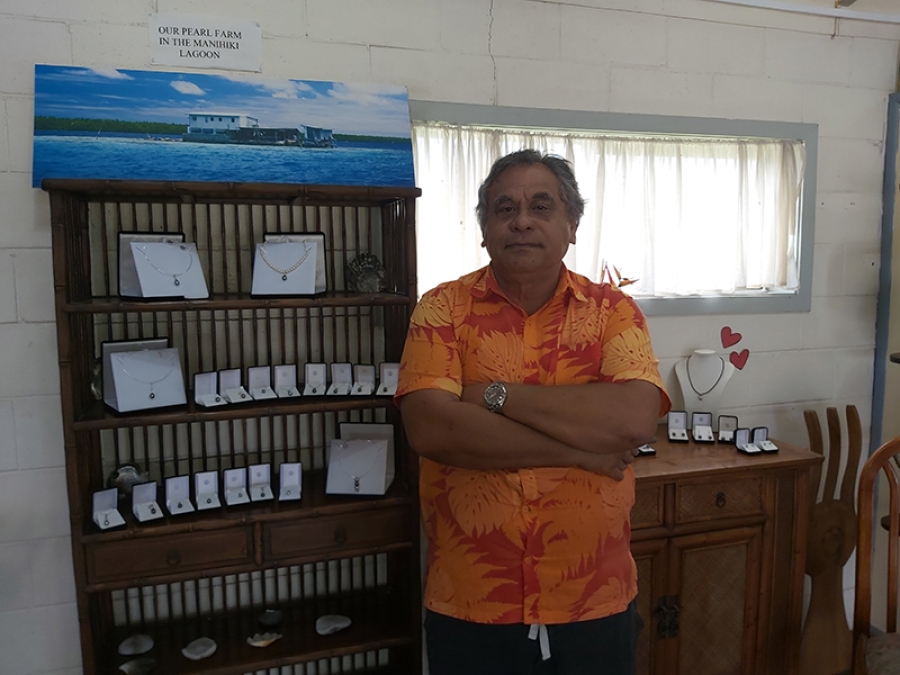 Disappointed with the governing Cook Islands Party, a supporter is running as an Independent candidate for the vacant Manihiki seat in the upcoming by-election.

Manihiki is grappling with depopulation and a struggling pearl industry, which local businessman Temu Okotai sees as the northern group island’s primary concerns.

Traditionally a staunch Cook Islands Party (CIP) supporter, Okotai over the weekend announced his candidacy for the vacant Manihiki seat in the by-election to be held on May 5.

The seat has been left vacant following the resignation of former prime minister and island’s MP Henry Puna, who is taking up the Pacific Islands Forum’s Secretary General role.

Okotai said the Cook Islands Parry already had its own candidate. He also said the candidate was not someone he supported.

It’s yet to be confirmed but widely understood that Akaiti Puna, wife of Henry Puna, is contesting under the Cook Islands Party banner.

But Okotai says he is also dissatisfied by what the party has done for Manihiki and he is “quite prepared to help” the people on the island.

“I can’t believe there is not anybody capable of standing in Manihiki,” said Okotai, adding “it’s time for a change”.

“I’m running for the Manihiki Party.”

He said last year up to 20,000 black pearls were produced, which he thinks is hardly enough for Rarotonga alone.

“It’s an important part of our tourism industry.  If people can’t get the pearls here, they will look to Tahiti.”

Okotai, who is also a pearl farmer, wants to see the industry turned around, “if we do a good job, we may attract people back”.

According to the owner of Cook Islands Tours, at the moment the island has more people working in government jobs than in the pearl industry.

But it’s not just the pearl industry Okotai will be focusing in the upcoming by election, he believes the island has lots of resources to offer.

Tapping into the island’s paua (giant clams) supply is something he said has “a lot of potential” with possible opportunities to export to the United States.

He also said the island’s coconut trees could be used to make coconut honey, which could “underpin a new industry for Manihiki and the northern group”.

The small population is also a concern for the new candidate. Okotai said with fewer people on Manihiki, running sustainable services becomes harder, adding there “needs to be a bit more creative thinking”.

He strongly believes the island needs a doctor, which will end up being a money saver because it will mean fewer emergency flights when people need medical attention.

The Opposition Democratic Party is yet to announce their candidate for Manihiki by-election.