Young voyagers ready to put knowledge and skills into action 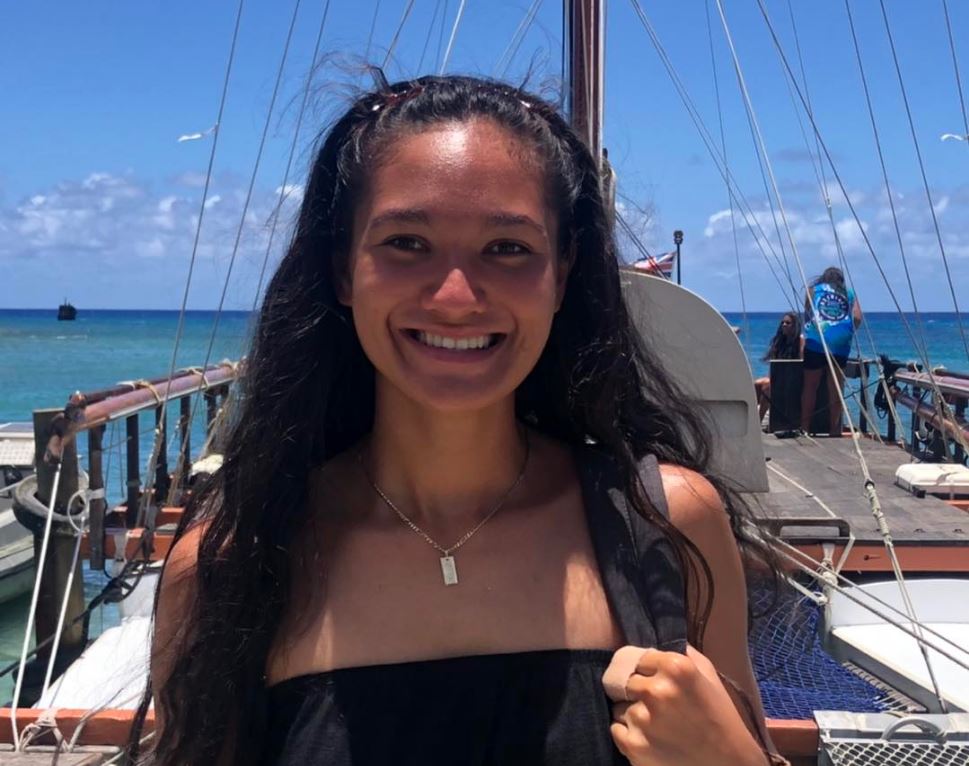 Charlene Akaruru, 18, is embarking on her second voyage on the Vaka Marumaru Atua. SUPPLIED/22112208

Vaka Marumaru Atua will set sail for Atiu on Wednesday, with many of the younger members onboard putting all their practice into action.

It is the final training run of the year for the Vaka, which will have a crew of about 16 people for the overnight voyage.

Vaka Marumaru Atua captain Deon Wong said it was a good opportunity for many of the younger members of the crew to learn traditional navigation skills.

“It’s always great to see those young ones develop the skills they’ve learned, watching the lightbulb moments for them is so rewarding,” Wong said.

“The group dynamics are also really good; the younger ones really listen to the grumpy older guys.”

The Vaka was scheduled to depart Wednesday morning and arrive in Atiu on Thursday morning.

“We’re expecting the wind to be around 13 to 15 knots when we get there, which is a fair bit,” Wong said.

Kōrero o te 'Ōrau’s Jackie Rongo, who is assisting some of the younger members of the voyage, said this voyage had taken a while to come together.

“We had tried in the past school holidays, but the weather just wasn’t right for it,” Rongo said.

“It’s now good that all the students have finished school for the year, so they’re able to do this before the cyclone season.”

Rongo said such voyages were the culmination of a lot of hard work.

“The students have been putting in months of preparation to get to this stage,” she said.

She said for the younger voyagers, the voyage was part of Kōrero o te 'Ōrau’s ‘Ātui’anga ki te Tango programme, which aspires to connect youth to their natural environment and culture so they can go on in life as great leaders for our Ao Natura.

Vaine Nooana, 16, said this was his first voyage on the Vaka.

“I’m looking to putting what I learned into action. I need to remember how to do everything right, right down to memorising the patterns of the stars,” he said.

Charlene Akaruru, 18, is on her second voyage, having sailed to Aitutaki last year.

“Voyaging is part of our culture, and it’s a great way of connecting with the environment,” she said.

“I’ve learned a lot in the past few months. I’ve learned how to be more aware of safety issues, how to tie a range of knots, time management skills, and looking after the environment.”

The voyage will also include master navigator Tua Pittman who has recently returned home to Rarotonga. He will be teaching young ones as well as crew members navigating skills.

The Vaka is due to return from Atiu to Rarotonga on Friday.