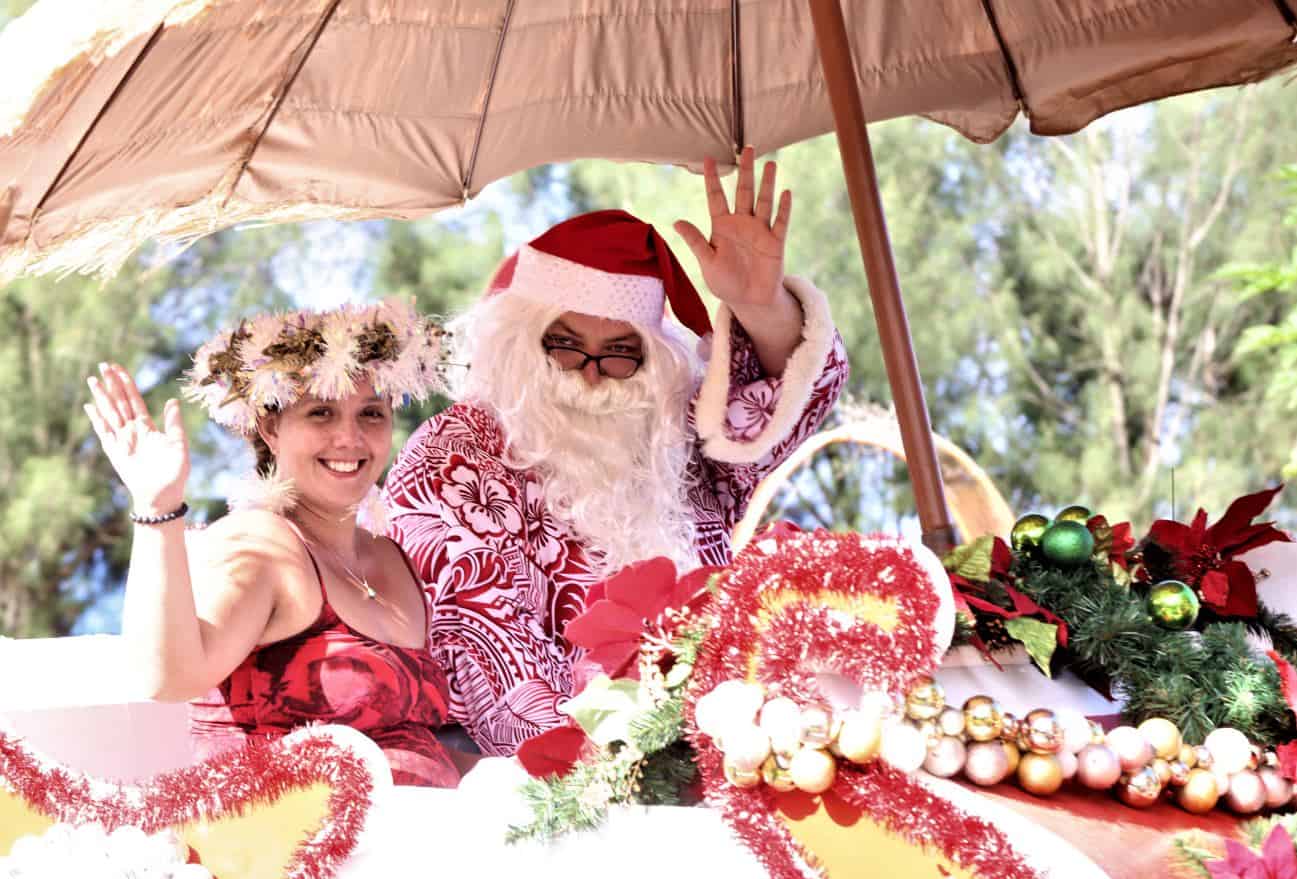 Santa Claus – and the lovely Mrs Claus, were the stars of the annual Santa Parade in downtown Avarua yesterday.

However, they were by no means the only popular attractions
in the parade, which started from Constitution Park and made its way through town, with hordes of children and adults looking on.

There were Disney characters including Mickey and Minnie Mouse, cartoon and comic stars, and all manner of others. And of course plenty of lollies were thrown to spectators, much to the delight of the children who darted about scooping them up.

The parade wound up at the CITC department store carpark, where stalls sold barbecue food and other treats.