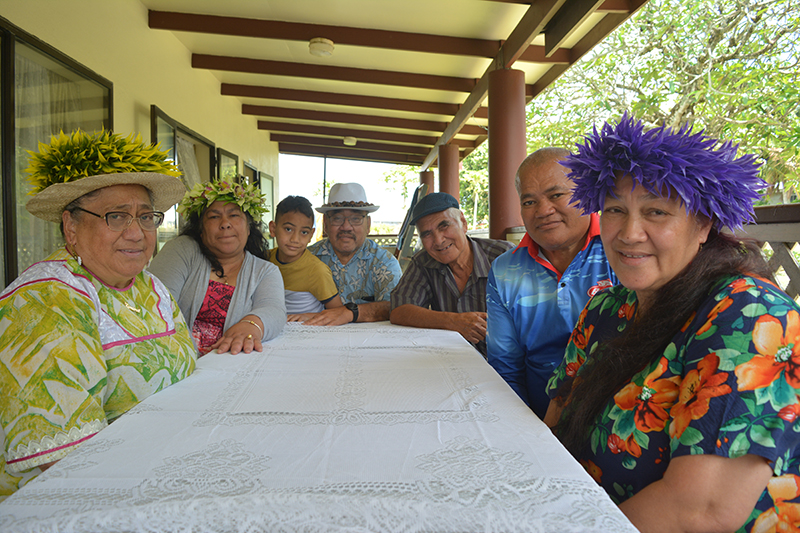 Descendants of Mama Matauia, one of the wives of William Marsters, are facing a logistical battle as they want to deliver a headstone to her place of burial on Palmerston.

The group are represented by family members across the Pacific, including Rarotonga, New Zealand and Australia, and set about organising a head stone for her several years ago.

Records show Matauia died in Palmerston on 1891 and is buried on her family’s section of the island.

On Thursday, some of her descendants, gathered on Rarotonga sharing their concerns, as they say they have had a headstone sculpted and transported by air to Rarotonga.

They want it shipped to Palmerston, but are struggling with logistics as between 80 and 100 people want to accompany it on its journey.

Carriers are licensed to transport no more than 12 passengers.

The family had wanted to travel to Palmerston this month for the purpose of erecting and unveiling of the headstone, he said.

John said he realised that passengers travelling on local trading vessels had been regulated to allow only a limited number of people to travel between each island destination.

This would inherently mean, that the numbers of the group wishing to travel in total, far exceeded the legal limit of passengers set under legislation to travel on boat per scheduled itinerary.

The family’s “humble request” to authorities was to view the issue of a “deep-rooted interest” and desire to travel to Palmerston at this time, John said.

“For many of us, this would be a first-time opportunity to sight and see first-hand the shores of our tupuna, as many of our family descendants have lived outside of Palmerston since they were born to this world.

“Many of our families have lived in Australia, New Zealand, and are looking forward to this exciting and inaugural experience in travelling to Palmerston.”

John said the family had requested Government’s special approval to waive travel restrictions on the group’s travel by boat, as per the number of passengers indicated to Palmerston in November.

However, he said there had been no response.

In consulting shipping lines, they had indicated agreement to provide transportation accordingly, upon satisfying travel requirements as stipulated under legislation, he said.

However, to take more than 12 passengers, up to 40 passengers, was going to cost about $5000 return, $2500 each way, he estimated, as temporary facilities, such as shipping containers would have to be loaded on to a vessel to accommodate extra passengers.

“We are talking with Government and we hope Government will find a way.

“We are frustrated in a humble way, we are determined.”

A spokesperson for Cook Islands General Transport said the company is licenced to carry 12 passengers only.