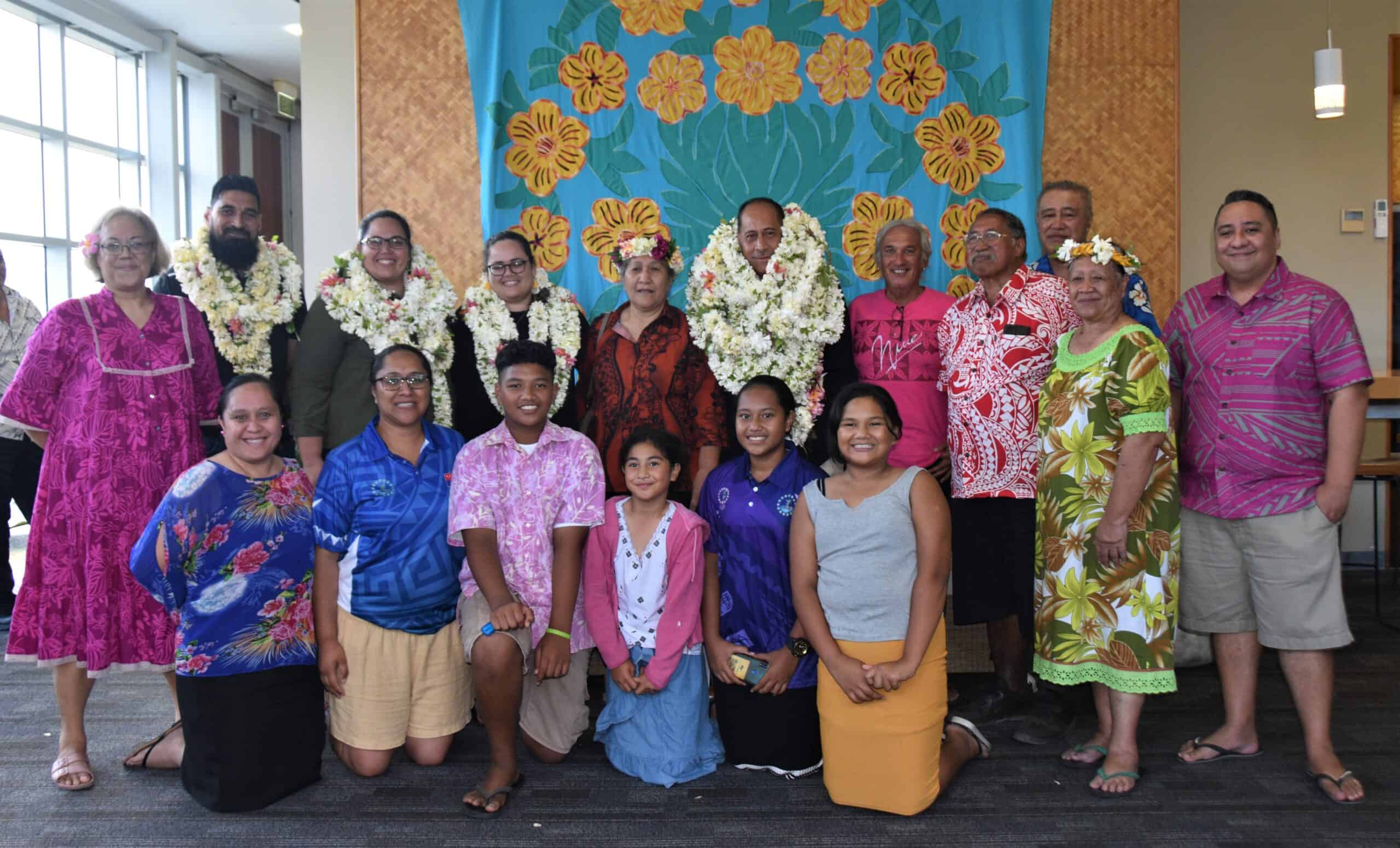 The Premier of Niue, Dalton Emani Makamau Tagelagi meets the Niue community of Rarotonga on his first official visit to the island last month. 22110608

Plans are in the pipeline for the Niue Community of Rarotonga to lay the foundation for their new hostel in Tupapa, next year.

After two years of Covid, last month the small but passionate group of Niueans met to celebrate Niue’s 48 years of self-government on October 19. The get together was an opportunity to reconnect with one another and to talk over plans and fundraising ideas for their new hostel.

Vice president of the group, Meleaoni Tumii nee Tangi and her late brother John Tangi, gifted a piece of land for the proposed hostel, which was announced back in 2018.

“He (John) wanted to give a piece of land for the Niue community to build a hostel.

The site where the hostel will be built is located near the main road in Tupapa – opposite the Te Marae Ora administration building.

It is close to the National Auditorium and to town, says Tumii.

“We are a registered body and the land will be leased to this body.

“I want this Niue hostel to belong to and remain for the Niuean community on the island,” she said.

Tumii and her brother shared close ties to Niue, the island where their parents met and where they were both born.

Tumii’s maternal grandmother Mele Tihau was born in Manihiki, she was taken to Niue as a baby to be brought up there. Tihau stayed in Niue, got married and had children.

Arumaki Strickland, his wife and some of their children including Tangianau, left Rarotonga and moved to Niue where he set up stores, a bakery and businesses.

In those days the connections with the realm countries Niue and Tokelau were very close, said Tumii.

At the age of two – John Tangi was five – Tumii and her family returned to Rarotonga where they have lived since.

Tumii expressed how much she and her brother have always cherished their Niue heritage and how happy they are to assist the Niue community with land to build a hostel “to have a place they can call their own”.

The Niue community were also proud to meet the Premier of Niue, Dalton Tagelagi on his first official visit to the Cook Islands in late October.