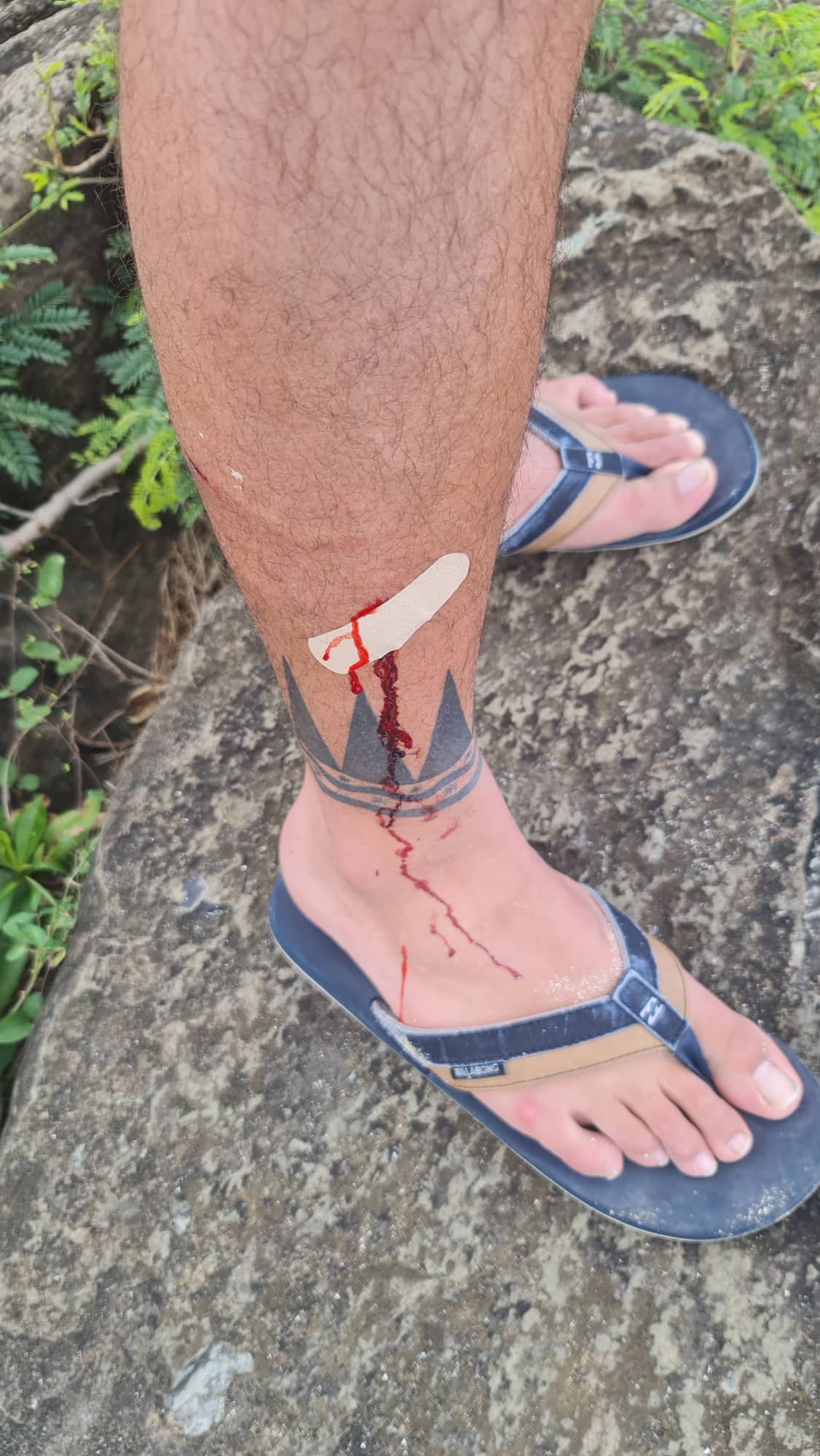 Despite efforts from authorities, dog control remains a major issue after another incident a week ago.

Antony Vavia was bitten by a dog near Prime Foods while on a motorbike and says it could have been a child.

Vavia said he was bitten by the dog on Sunday morning.

“Out of nowhere I had three dogs just race towards me – which is not abnormal, we have dogs chasing bikes all the time – but these ones were just determined and aggressive and wouldn’t let up,” Vavia said.

“It almost felt like a strategic ploy by them to have dogs on each side and one right at the front forcing the bike to slow down so one of the dogs on the side could get a good taste of my calf.”

Vavia said he felt a sharp shock when the dog bit him.

“It just gripped deeply, you could just feel the muscle getting a bit stiff or heavy in the area, it would not stop bleeding for about seven hours, that’s how deep it went.”

Vavia said he was fine but added the dog could have bitten a child.

“It’s a commonly frequented road and there’s a school right there, that could have been a kid.

“What shocked me the most was that they continued to chase me on the bike going like 30 kilometres an hour, where that has never been a problem before – they just bark but they don’t bite you but this was a different story.

“To be struck at a very public road that was my concern, what it could cause for other community members.”

Vavia said he got the bite cleaned at a medical facility. He said the nurses told him it was far too common.

During this period, there were 15 reported attacks on people, all injured from minor nips to bites, and 33 attacks on livestock and other animals resulting in deaths, mainly pigs and goats.

“Police remain concerned about dog control despite the increased awareness about the problem over past months. Our Dog Ranger is attending to these complaints on a daily basis,” Pitt said.