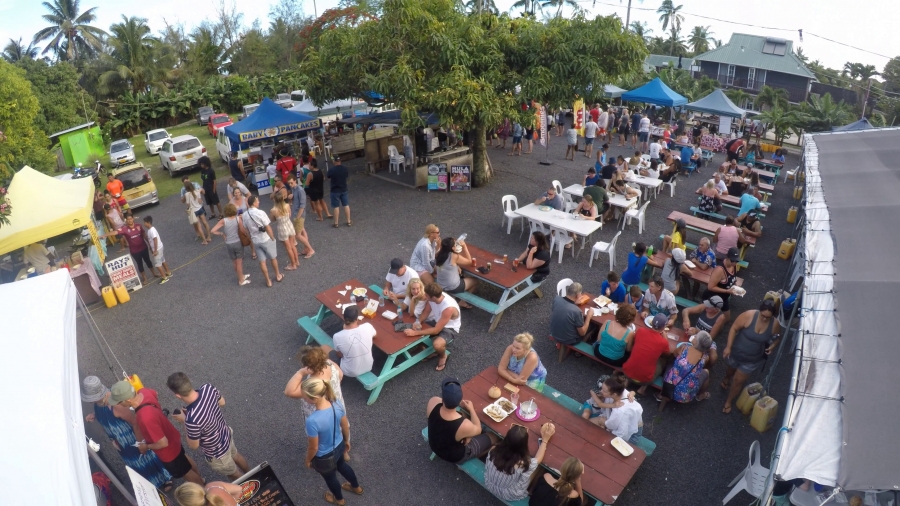 Government’s investment corporation says although proper processes may have not been taken, they viewed the sealing of the Punanga Nui Market as being positive.

In a media statement, the Cook Islands Investment Corporation (CIIC) said “the end result was that this vital and necessary piece of work was completed much sooner and at far less cost than would have otherwise been the case”.

The CIIC, which has only been responsible for the Punanga Nui Market since 2018 – a year after the market was sealed – said it “understands that the market sealing was added on to extensive road sealing work already being done around the town area in 2017”.

“The relatively small area to be sealed at the market would have cost significantly more than the eventual $274,000 price tag had it been put to tender as a separate project,” the CIIC statement said.

It said this was due to “the obvious economies of scale inherent in having the market sealing done at the same time as the more extensive sealing work that was already going on”.

CIIC said since taking control of the market in 2018, much more robust protocols are in place.

The CIIC statement was in response to an investigation by the Cook Islands Audit Office which called an aspect of the market sealing process “alarming and disturbing”.

The report found the $274,145 cost to seal the market in 2017 was not budgeted, was not put to public tender, and had no signed contract when work started.

The Investment Corporation said: “It has now been four years since the sealing work was done and as a result the market is a much cleaner, safer and more customer-friendly environment than before, leading CIIC to believe that this was money well spent.”

Although the Audit report did not criticise the job of the sealing, just the proper procurement process, CIIC justified the sealing job.

The media release said CIIC entered into discussions with a number of vendors to see their view on the sealing, and the general response was the investment was positive.

Longtime vendor, Mii Quarter told the CIIC it made the market more hygienic, allowed for better spacing, and has created a more pleasant environment.