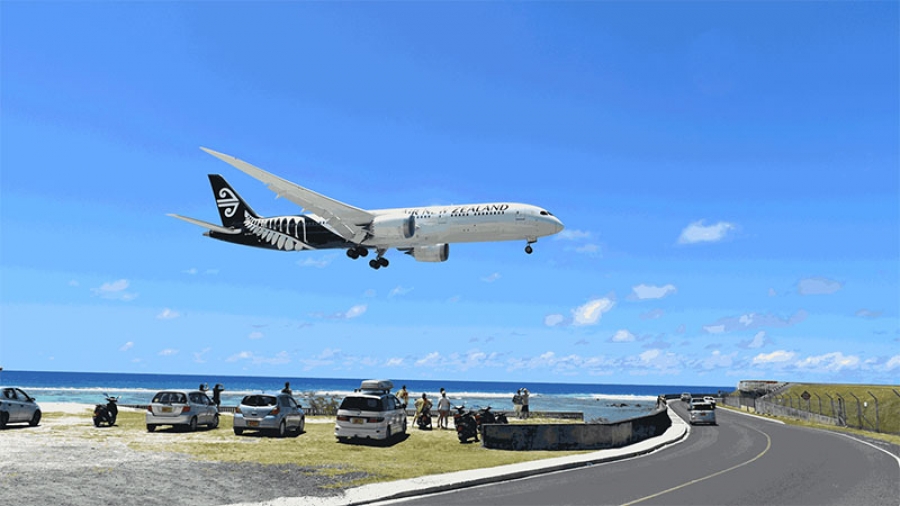 Cook Islands Government has changed its stance on border reopening plans after announcing it would consider resuming quarantine free two-way travel with New Zealand “even if there are still Covid-19 cases in the community”.

Earlier this month, Prime Minister Mark Brown announced that the country would only reopen its border to Kiwi visitors once the Government was fully confident there was no more community transmission of Covid-19 in NZ.

However on Saturday, Brown said the Government’s current thinking was that when all of New Zealand moves to Alert Level 1, even if there are still Covid-19 cases in the community, the Cook Islands could have a high degree of confidence from this classification and should consider resumption of travel through that lens.

For now, phased re-opening of the Cook Islands inwards border will continue to be limited only to those visitors who have been in New Zealand for at least 14 days prior to travel, according to a statement from the Border Easement Taskforce.

Liana Scott, the president of the Cook Islands Tourism Industry Council, said: “Industry is pleased that government is remaining flexible in times of border access, and it makes sense to continue to revise its stance dependant on developments in New Zealand – and the world for that matter.”

“Recently Sir John Key referred to NZ to living a ‘hermit kingdom’ and we need to ensure we are not going down the same road where fear takes over our lives.

“There is already a massive amount of collateral damage caused by Covid-19 – mental stress, worry and anxiety, business foreclosure, depopulation, unsustainable debt and much more.”

Over the weekend former NZ prime minister Key wrote an op-ed, making three larger points: The NZ Government needed a clearer plan to end restrictions, the vaccine programme needed more carrots and sticks to encourage uptake, and New Zealand had become a “smug hermit kingdom” – celebrating itself instead of looking to the future.

NZ’s Covid-19 Minister Chris Hipkins had an early chance to respond on Saturday, and seized on the last point, saying it was an “insult to New Zealanders”. On the other points, he basically said the Government agreed and was already doing those things.

Liana Scott said the objective of the Cook Islands government in the view of industry “is to strategise and come up with ways of finding balance where we can learn to manage and reduce the effects of negative medical outcomes, whilst still factoring in that an economic decline in itself has an adverse effect on health, and the relationship of the two co-exist”.

“Unfortunately, we do not have the luxury of other industries to fall back on.  Tourism directly and indirectly contributes towards 85 per cent of GDP, which makes us very vulnerable the longer the border remains closed.”

In his Saturday announcement, Prime Minister Brown said: “Although high vaccination afforded an additional layer of protection, the Government would continue to maintain border controls and public health measures to ensure any outbreaks and swiftly contained and managed.”

He also thanked all Cook Islanders for their co-operation, patience and vigilance during these difficult times, with a reminder to adhere to the Alert Level 2 guidelines.