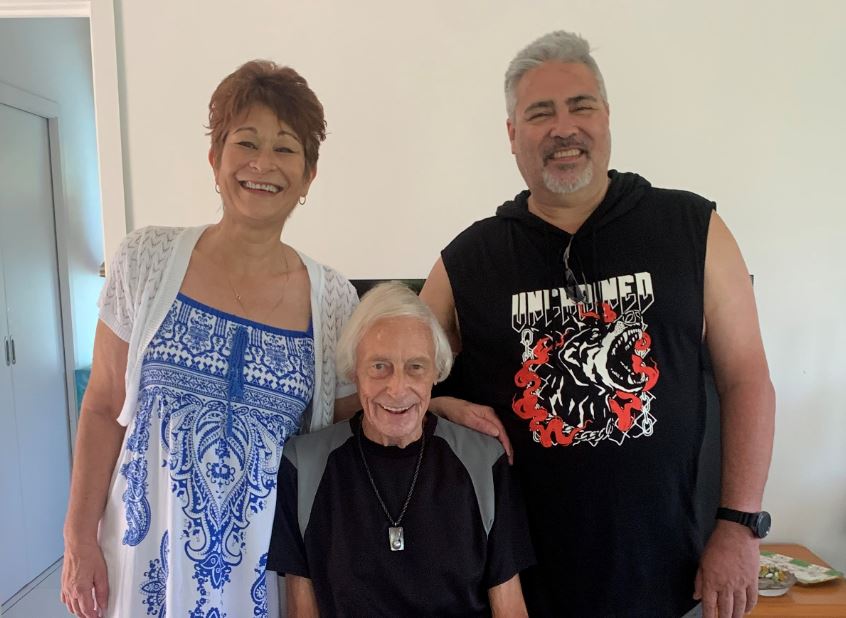 Veteran pianist Garth Young is celebrating his 90th birthday on Rarotonga tomorrow surrounded by family and one of the things he loves most – music.

His son and daughter arrived on Rarotonga this week with a special package as he prepares to go back to work in the New Year.

It’s a brand new Korg SP-280 digital piano, the third such model, he has owned, as Young, a seasoned keyboardist describes his playing style with “rough fingers”.

The past couple of years have seen him make significant lifestyle changes as the work dried up during Covid-19.

He’s starting to reap the benefits.

Young turns 90 on November 11 and believes he’s defied the sceptics by working his own wellbeing programme.

Now he’s preparing to go back to work, and plans to work up to three nights a week entertaining clientele at venues around the island.

“The action wears out pretty quickly on them if the pianist is rough that’s why I’m on my third one.

“It fits in my van and it travels.”

His daughter Leanne Mckay arrived from Brisbane on Monday, followed by his son Julian Young, from New Zealand.

“I’ve been playing it, but I have to learn to get my fingers working again.”

It’s been a long life of late nights, early mornings, large drinks and lots of cigarettes for Young who has made significant lifestyle changes in the past couple of years.

He’s been a workaholic at times, spending much of his career serenading Rarotonga with his piano music.

Covid-19 put a stop to the late nights then signs of fatigue set in.

He was then encouraged by a number of people to get active and change his diet.

And so he did.

“I’ve had a few glasses of red wine for my birthday.”