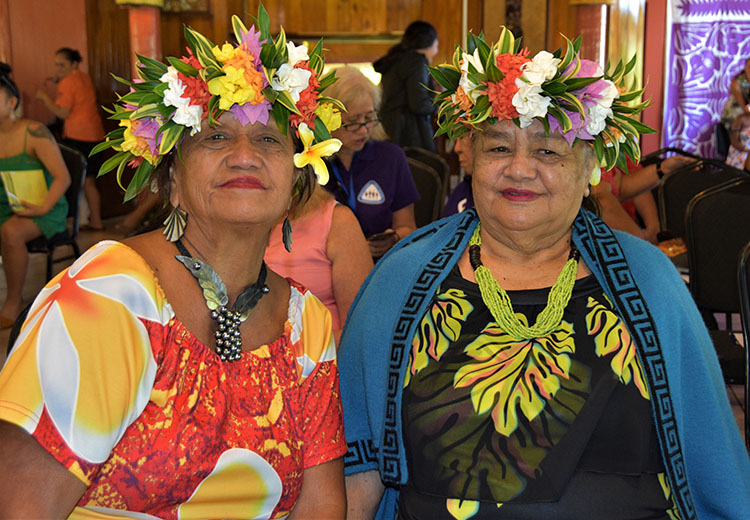 Internal Affairs secretary Anne Herman says their statistics “are telling us that girls between the age of about 11 to 15 are high risks”.

In 2019 Internal Affairs began more efficient data collection that now includes the types of incidents and the age and gender of the children, which in turn has revealed the worrying figures.

“Over 50 per cent of the cases we have are including little girls in that age range from pre-teen to early teen,” Herman said.

She noted that the reporting of such incidences to authorities is increasing.

Herman was speaking at the 14th Triennial Conference of Pacific Women which involves a series of meetings and consultations aimed at sustaining the momentum towards gender equality in the Pacific.

Gender based violence is a big issue in the Cook Islands as numbers continue to have disturbing rising domestic violence statistics, an increase in child protection issues, neglect, abuse issues, assault, and sexual violence upon our children, the Internal Affairs secretary said.

Herman said human rights is about gender equality “and whilst we do very well on some platforms like the heads of ministries, members of parliament … there are still many areas that need to be improved. We want more women to stand in the next election”.

One of the challenges they face is getting more women into male dominated areas like the Cook Islands Police Service – not just in numbers, but also in practice, Herman said.

“The way that you are treated as a woman, having your voice respected by your peers, and the money that you earn,” are some of the advances she hopes the conference will help to achieve.

Herman is certain there is a need to keep conducting these conferences to keep getting women and men together, to have good gender balance.

The hope is that women continue to invest in and take care of themselves and not have the view that attending a conference is a burden.

“We want our women to come to these types of things and to enjoy it, that’s why we try to make the conference interactive and a little bit fun,” Herman said.

“I want us to be more less alienated from those types of things like accepting help, and allowing people to make you feel vulnerable and that you need help.

“I want women to be more comfortable with that in our country, rather than having to always be the strong mother, the strong wife, the strong supportive daughter …”

The three-day conference held at The Rarotongan Resort and Spa concluded yesterday.

French Polynesia was the host of this year’s conference and ministers’ meetings, which will be held across the Pacific on Monday next week, via the conference app Zoom due to the Covid-19 pandemic.

The Cook Islands seminar is facilitated by the Ministry of Internal Affairs.