Cops pull out breathalysers for first time on Aitutaki: More than a dozen drink drivers nabbed 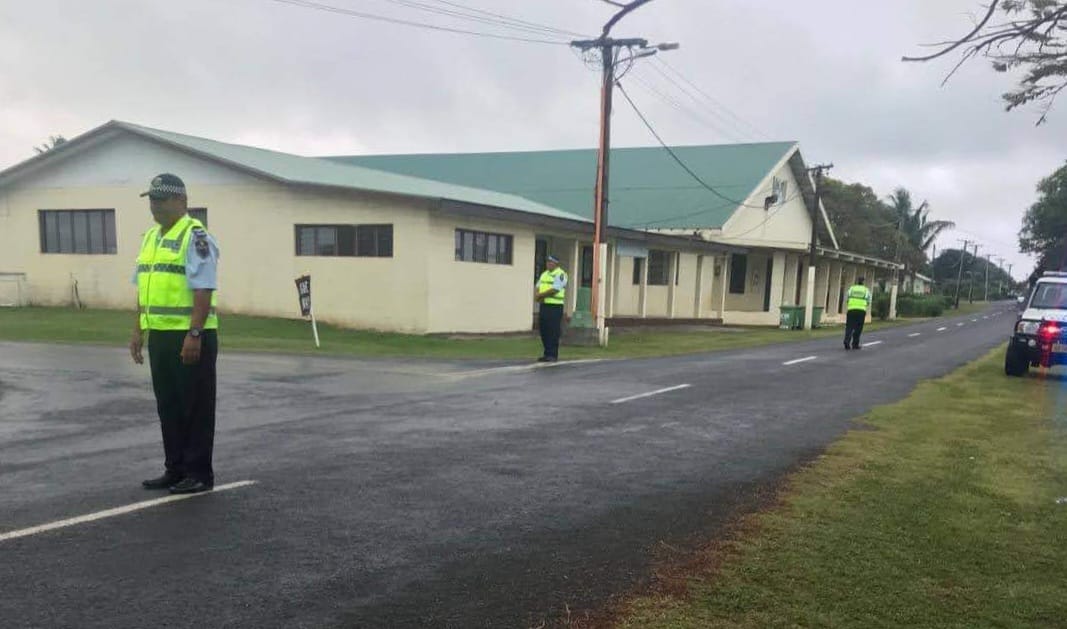 Aitutaki police were out in force on the weekend with the assistance of new breathalyser equipment. 22112105

Aitutaki cops have clamped down on drinking drivers with the assistance of new breathalyser and speed radar equipment – a first for the island.

Aitutaki drivers have been hit with a sharp wake-up call following the arrest of 14 people over the weekend.

In targeted traffic enforcement checks, Aitutaki Police – using breathalysers for the first time – arrested eight drivers on Friday night and six on Saturday night, for drink-driving (testing over the legal limit for alcohol).

One driver, from Rarotonga, was scheduled to appear in court on Monday.

The others, all Aitutaki residents, are expected to appear in a scheduled court sitting later this week.

It comes as a wake-up call, a first, as the island’s Police have stepped up road safety efforts with recently-gained training and new equipment in the form of a breathalyser and speed radar.

The weekend blitz follows weeks of training in which the policing capacity on Aitutaki has been strengthened with volunteer members of the Are Nikau Task Force undergoing training.

Working with the community group was Commander of Prevention Division, Inspector Maeva Kirikava, who led sessions on topics such as radio and communications, standard police actions, powers of arrest and entry, securing a crash scene, and stopping vehicles.

Police on Aitutaki also reached out to youth during a recent careers expo day.

Inspector Kirikava was engaged in presenting to a meeting, reporting positive responses to Police interest in the community’s concerns.

Youth development programmes in particular are being targeted at the island’s younger ones, with traditional leaders asking for more involvement by Rarotonga Police.

Police Commissioner TJ Keenan was on the island last month, working alongside police officers engaged in outreach to school students on policing issues, particularly in terms of community and youth concerns, as well as leadership development opportunities for the young ones.

At the same time, Senior Constable Alfred Marsters in Aitutaki celebrated his attainment of 21 years of service.

The milestone in service to his community and country was given special recognition by Commissioner Keenan, who was on hand to present Senior Constable Marsters with his award medal.

The Commissioner’s official visit to Aitutaki was a first, and part of broader efforts by Police leadership to work closely with the island on awareness and capacity strengthening to contend with policing and crime concerns.

Commissioner Keenan and a delegation in Aitutaki held consultative meetings with the Island Council, teachers, Are Taunga, the Taskforce, and NGOs, on drug awareness, youth leadership development, and community issues.

I applaud the police. Impaired drivers don’t realize that they could injure or kill themselves or others. Every year in my community, the police place a smashed car along side a road with a sign that reads” drunk driving kills”