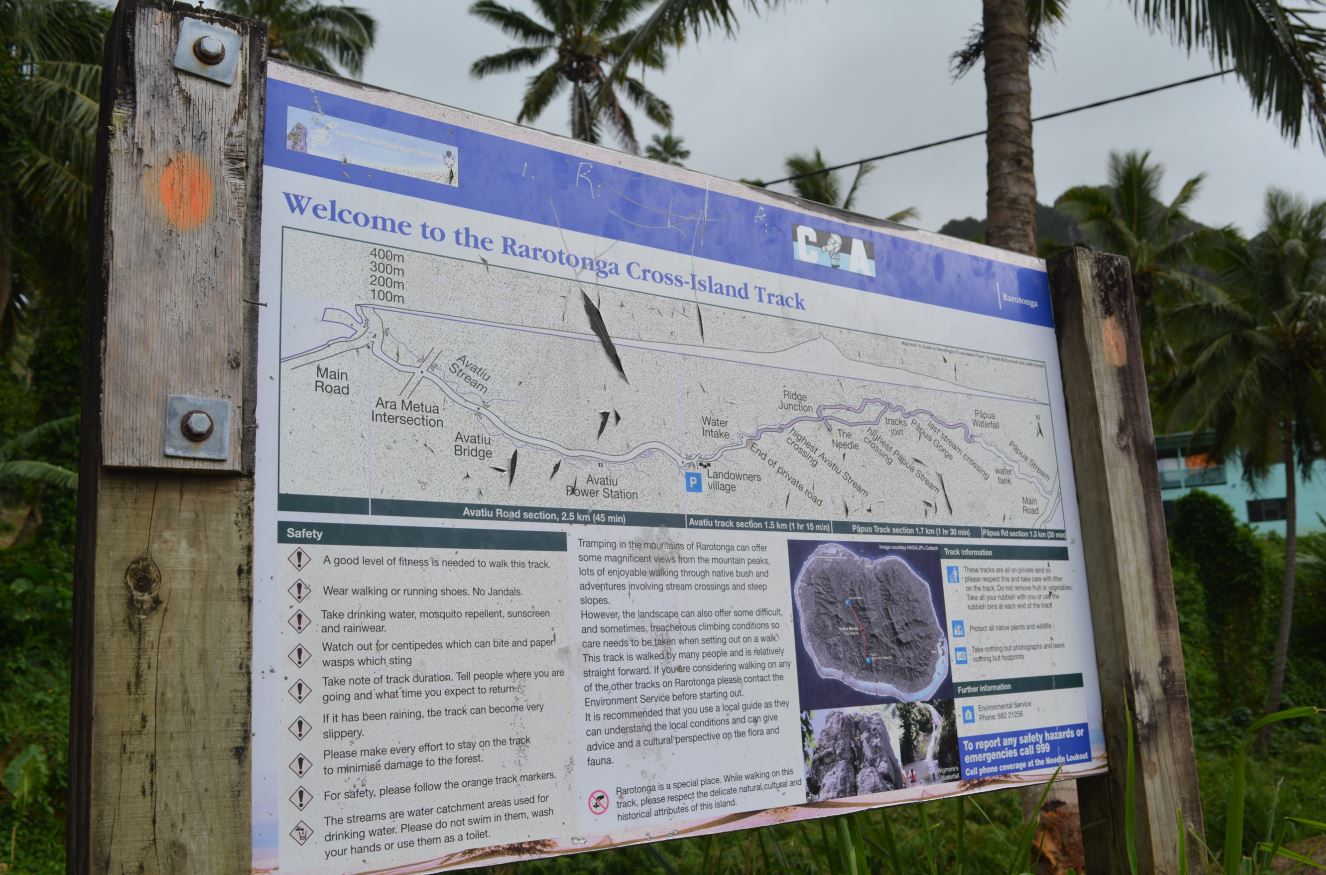 Eight police officers have been engaged in another mountain rescue on Rarotonga barely weeks after dozens were called to a 12-hour ordeal high above the island.

Preventative advice and promotion of risks are clearly not working and the question of user-pays on the treks needs to be tabled, Police say.

An emergency call was received about 11.40am on Wednesday.

Local guide Bruce Goldsworthy confirmed he and members of Search and Rescue (SAR) had located a climber about 1.15pm.

A woman had reportedly fallen and sustained a broken ankle.

Another team of SAR officers made their way up from the Avatiu side of the mountain with a stretcher as the victim was in pain, police spokesman Trevor Pitt said.

They made their way off the mountain about 2.25pm.

“Clearly the preventative advice and promotion of risks is not working,” Pitt said yesterday.

“Some individuals will simply do what they want.

“The question of user-pays on the treks, as well as rescue needs to be tabled.

“SAR can tie up a lot of police resources, stretched and already under pressure; perhaps more easily avoided if advice about the risks were taken more seriously.”

Pitt has repeatedly expressed frustration about the perils of climbing the mountains, without being properly prepared.

Last month, Pitt raised concerns when more than a dozen search and rescue staff were tied up for close to 12 hours in the mountains above Rarotonga.

A 60-year-old visitor was finally taken off the mountain with shoulder and leg injuries on October 20 in a team effort which involved 14 search and rescue (SAR) staff.

The woman, who was reported to be climbing with a group, was found alone at the top of the track.

“A bit of deja vu going on here, there is a degree of frustration on the part of the police,” Pitt told Cook Islands News at the time.

“The trek cannot be underestimated and the continued search and rescue of visitors highlights the need for that awareness to be the broader responsibility of the community, and operators in the tourism sector.”

The steep terrain and the ground conditions around root systems call for extreme care, particularly for older people, and those less agile, he said.

“Police leadership want to see greater preventative steps, and are again calling for more awareness and advice for those inclined to undertake the cross-island trek.

The previous rescue in August involved a pair of tourists, who became disoriented on the mountain and were lost overnight.

Police were engaged in several hours of searching before the pair eventually walked down the next morning.

“Not enough is being done in terms of prevention. Don’t just rely on the Police to pick up the pieces,” Pitt said.

“This is a serious matter and a concerted effort is required here.

“The last thing we want is to wait for a tragedy before everyone realises they could have played a part in preventing it.”