Continuing data woes as Cooks down for the day: ‘Competition is the solution’ 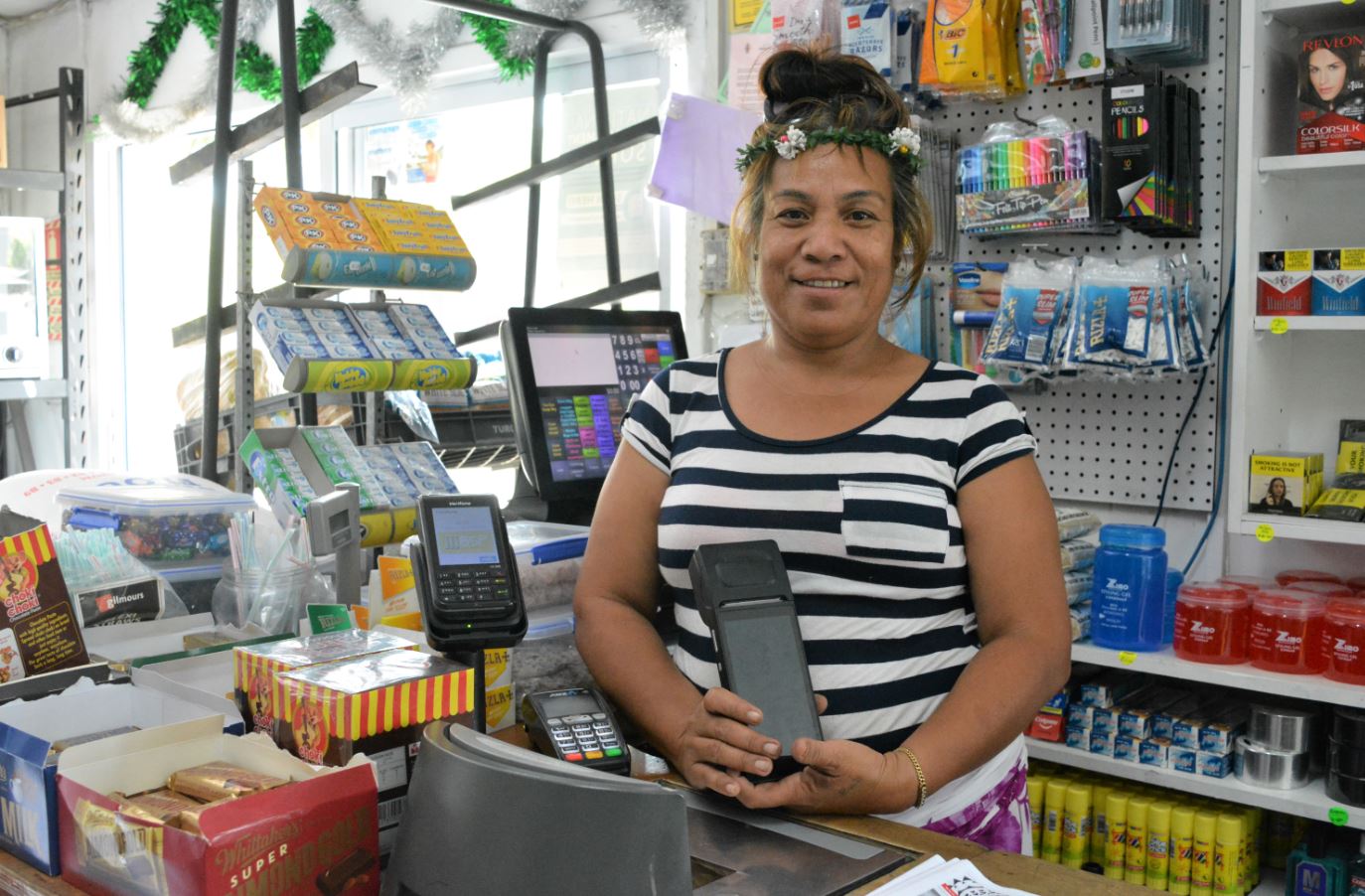 Aketa Temauri, who works at The Convenience Store at Avarua had three eftpos machines out of action when the Vodafone mobile internet service went down for much of Tuesday. Photo: Caleb Fotheringham 22110809

Competition is the solution to ongoing data outages says a competition and regulatory authority.

Mobile data services were interrupted for much of Tuesday due to equipment failure, Vodafone confirmed in a written statement yesterday.

The company’s mobile core network caused nationwide outages overnight on Monday, while it reported 3G data services restored from 8am.

However, multiple operators reported internet troubles after 8am and for much of the day.

“That's the solution, because if one network is down then the other usually is not.

“Competition means there is an alternative network. Companies can share their network as well so they've got redundancy.”

Hill also said customer responsiveness usually improved “when the other guy takes the money off you”.

Internet Service Providers could provide competition to Vodafone’s mobile data, but no company had done so yet, he said.

Many of the country’s eftpos machines stopped working in the outage because they were reliant on the mobile network.

The Convenience Store in Avarua had all three of its eftpos machines down for part of the day.

Prime Foods managing director, Daniel Forsyth also said: “Our team are managing to work around issues with some eftpos machines being down temporarily.”

“If you can't send a message to your mates our machine won't be able to get its information across because it runs on the same mobile data.”

Street said the other way for machines to communicate was on fixed line broadband.

He said the majority of store owners used eftpos machines that run on mobile data because it is more cost effective for smaller operators.

Street said the internet outage would have effected businesses.

“If we had an alternative telecommunications provider it could flick over to the other option, but we don't, so if Vodafone goes down we're all affected.”

If BSP eftpos machines are down then the bank could not make as much revenue, Street said.

“All businesses should be prepared for an outage such as this, Vodafone are never going to run 100 per cent, they strive to get there as we all do, but it's not practical and there will be some outages along the way.”

In a written response Vodafone said a team of technicians were on site and identified the issue and replacement parts were installed.

“4G mobile data services were restored soon after. Additional work was required with a further planned maintenance outage from 1.30pm of 10mins. The team are closely monitoring the service.”

The statement said broadband internet services were not affected and it was just mobile data.

Vodafone did not say when the outage started.