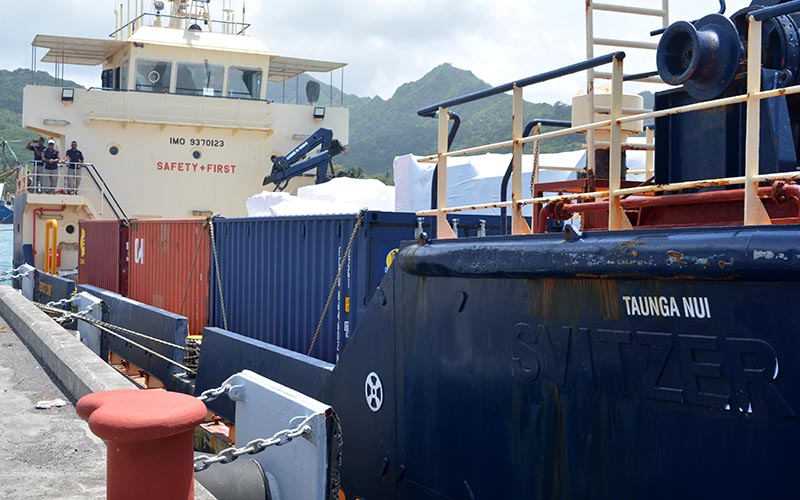 Crew onboard MV Taunga Nui all returned negative results after being tested for Covid-19 yesterday.

After two weeks of travelling at sea from Brisbane, Australia, the crew managed to bring across the newly purchased barge by Cook Islands General Transport.

Yesterday, managing director Cook Islands General Transport Malcolm Sword, together with friends and families gathered for a blessing ceremony of the new barge after it was granted permission to berth at the Avatiu wharf.