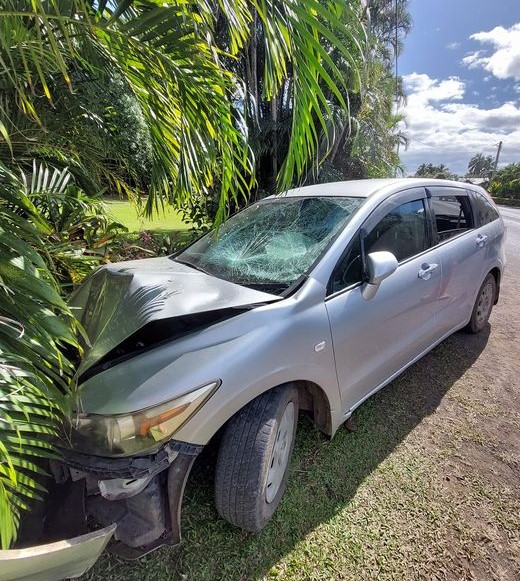 Police said a family group of holidaying visitors returning from a night out was struck by this car at Muri. POLICE MEDIA/22071004

In a statement, Police said a family group of holidaying visitors returning from a night out was struck by a car at Muri overnight.

They were walking by the roadside near the Nautilus when an approaching vehicle veered into the group, hitting three of the family, the statement said.

“Their injuries were not serious but two of the victims were being attended to at the hospital (yesterday).  The third was hit on the lower arm.”

Police were called about the incident at 12.40am.

Investigations were continuing yesterday into what Police suspect is an alcohol-related crash.

The second crash yesterday morning occurred when a van collided with a power pole on the back road, at Ruatonga.

Police were notified at 7.19am.

“The driver and passenger were taken to hospital and a blood specimen was sought by Police.”

Meanwhile Oswell Tunupopo, who has been on the run for a week, surrendered to Police yesterday morning.

He was remanded into custody on a charge of assault on a female, in connection with an incident a week ago.