Tips to beat the heat 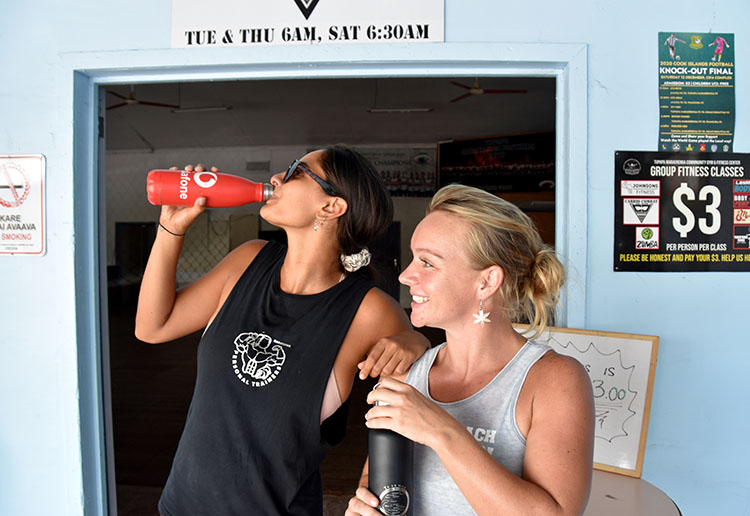 Fitness pros Tajiya Sahay and Shannon Dixon at the Tupapa Centre - Sports, Recreational & Cultural Centre say hydration and taking a break when not feeling well are key to working out during the hot Cook Islands summer. 21011222

With the Cook Islands potentially facing one of the hottest summers on record, health officials are advising residents to take precaution and be alert for the tell-tale signs excessive heat exposure.

“The Cook Islands is in the midst of one of the hottest summers in many years,” a Te Marae Ora Cook Islands Ministry of Health (TMO) spokesperson said.

“While most of us are familiar with the heat in the Cook Islands, too much heat exposure can have health risks like dehydration, heat stroke or heat rash.”

The Cook Islands Meteorological Service has said this year could see some of the highest temperatures in the country on record. This follows the past decade 2011-2020, which has been called the warmest decade on record.

With the potential for heat-related illnesses which can be fatal in some cases, TMO is urging residents to look out for those most vulnerable – infants, children, and the elderly, particularly those living alone.

Children should be dressed in light and loose clothing and never be left unattended in closed vehicles.

Hydration is key for all, TMO says, and recommends drinking lots of water and carrying a full water bottle at all times. Avoid alcoholic, hot, or sugary drinks as they can make dehydration worse.

Avoid direct sun, and if that’s not possible, use sunblock. Also wear a hat, and save strenuous chores such as gardening or exercise for the cooler times of the day – either morning or evening will also help to stay cool.

For those that do want to fit in a workout during the day, fitness instructor Tajiya Sahay at the Tupapa Centre also says drinking plenty of water is a must.

“During the summer, we advise people to bring their own water bottle and that’s also why we have a filtered water system.”

For a post workout recovery, she recommends a cold shower or a dip in the ocean, as those attending the Centre’s afternoon workout classes do when they hit the beach near Trader Jack’s.

“Our advice is if you’re feeling light-headed, lethargic, dizzy, or seeing stars, stop exercising and get some fresh air,” said Sahay.

“It doesn’t help you if you’re working out and you’re not feeling 100 per cent.”