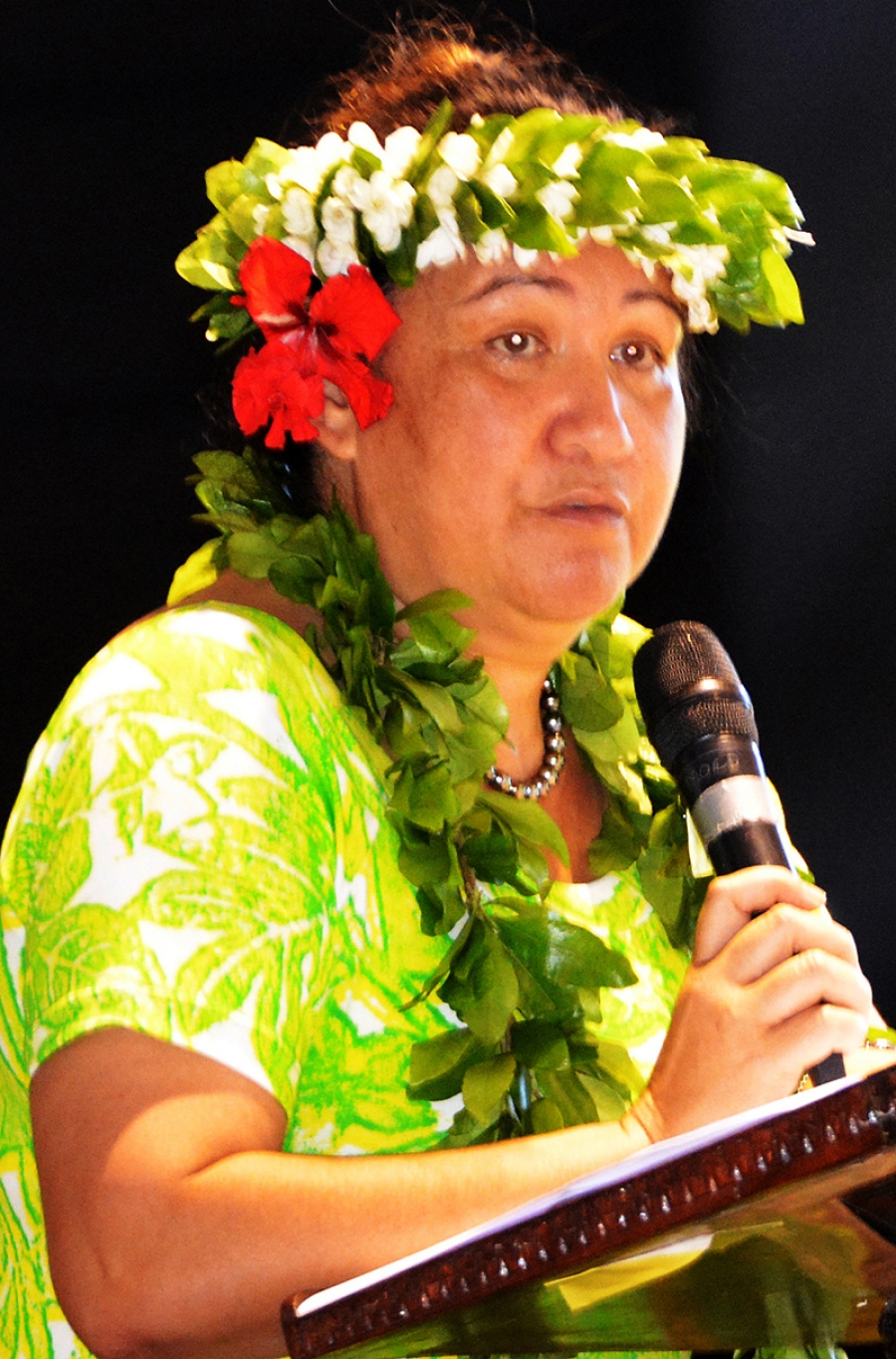 Health secretary Dr Aumea Herman pictured here at a 2018 health conference on Rarotonga. She submitted her resignation this week to the Public Service Commissioner. 18071216

Concerns raised over sudden resignation of Secretary of Health amid Covid-19 crisis.

Health Secretary Dr Josephine Aumea Herman has “resigned” from her role but will see out her three-year term which ends in February 2021.

On initially taking up this post in February 2018, Thomas said Dr Herman had indicated to him of her intention to only serve one term as the head of the ministry.

Dr Herman will vacate her position in February, 2021, he added.

Thomas did not respond to an email seeking clarification and reasons behind the “resignation”.

Cook Islands News also emailed Dr Herman, who is in Auckland, for comments and clarifications.

But Health spokesperson Jaewynn McKay last night said: “Dr Aumea has no comment to make to the media at this stage”.

Opposition Health spokesperson Sel Napa said Dr Aumea Herman’s resignation from heading the Ministry of Health was a huge loss to the country.

“Especially at this critical time when she has been leading the country’s Covid-19 response and with her staff, has managed to keep our country Covid free up until now,” Napa said.

It earlier stated the health ministry does not support the move but “being a government agency has to roll with it because their argument against removing quarantine has been overridden by the Prime Minister and his Cabinet”.

Prime Minister Mark Brown had refuted these claims and said as with all Cabinet decisions, these were informed by advice provided by Government officials.

However, he did not reveal the advice his Cabinet received from the Health ministry in regards to the lifting of supervised quarantine requirement on arrival.

Brown said: “As a public servant, Dr Josephine Aumea Herman’s role as Secretary of Health is to offer advice and then carry out Cabinet’s decisions.”

Napa yesterday said: “Dr Herman is the only person in this country, the only Cook Islander who specialises in viruses and pandemics. So, if the government hasn’t been listening to her advice, as the only expert in this field, we should all be extremely concerned.”

Commissioner Russell Thomas acknowledged the tremendous contribution that Dr Herman has made to modernise and improve the country’s health services. “Her leadership in strengthening the resilience of our public health systems in protecting us from pandemics like the measles outbreak in the region and dampening the increase in dengue numbers must be applauded. The fact that there are zero Covid-19 cases in the Cook Islands is testament to her determination to set up robust and resilient national response measures to Covid-19,” Thomas said.

“Collaborating with our communities, by placing health clinics in each Puna on Rarotonga has further demonstrated her ability to identify opportunities to enable our local communities to participate in designing solutions to look after their health.

“Her endeavours to restructure the organisation and provide clear career pathways for TMO employees deserves recognition.”

The Commissioner will soon begin the process of recruiting a replacement for Dr Herman before the end of the month.