Weighing up the alternatives in protecting the Cooks from coastal erosion: Where to next? 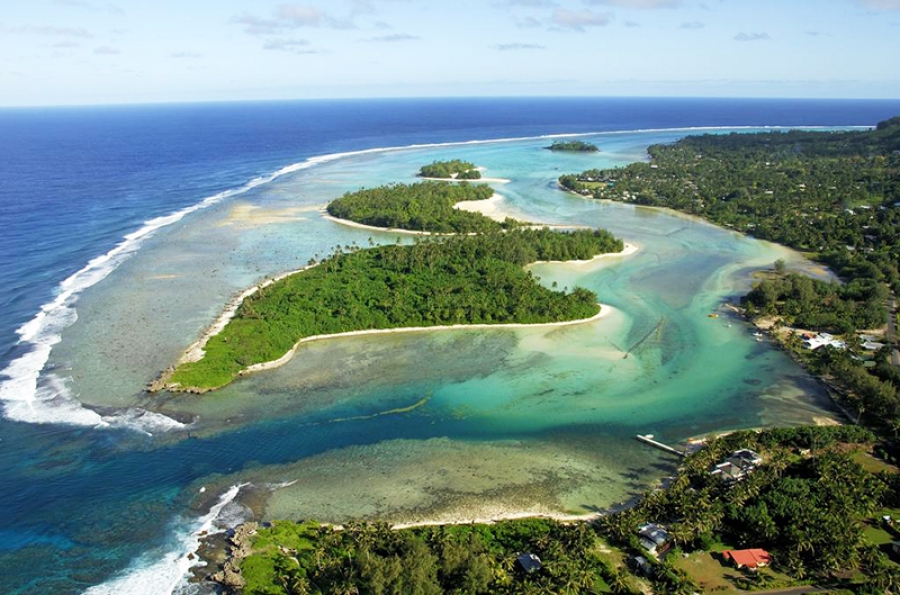 Avana Point is to the lower left of this aerial view of the Avana and Muri lagoon. Both areas have huge cultural and historical significance. 18071151

Avana Harbour on the eastern side of Rarotonga has been in the spotlight this week as residents awoke on Monday to find a digger dredging in the narrow stretch of water. Al Williams investigates what this project is all about.

Landowners were hot under the collar, some concerned about the digger moving silt in the harbour.

They were not made aware of the operation, and horrified to see the harbour changing colour with sediment.

After some investigation, it was revealed that what they witnessed, is a pilot programme in action.

The first of its kind in the Cook Islands.

And the programme has been extended, as a small stretch of coastline in the harbour continues to suffer from the effects of storm surges and outflowing currents.

Avana is a location of significant historical interest as it has been known as Te Avatapu-ki-Avaiki (the Sacred Passage to Avaiki, the ancestral homeland of the Polynesian people).

“The knowledge and skill of navigation possessed by the Polynesians far exceeded those of Western nations at the time.

“It is believed that as many as a hundred voyages to Aotearoa (New Zealand) were made by vaka (traditional double-hull canoes) from this site.

“There are even accounts of voyages made from French Polynesia and the Marquesas to Avana before continuing on to Aotearoa.”

Technical director Kelvin Passfield says the Society was looking for a pilot site as the technology has been successfully trialled elsewhere.

Now the Society is looking for funding to assist with similar schemes in the outer islands.

National Environment Service (NES) is the regulatory body for projects that may have an impact on the natural environment, and its director Halatoa Fua says coastal protection is a key component of environmental compliance of which NES assesses the impact and the necessary mitigation.

The first step for NES is to understand the full scope of works to determine the environmental impact, before approval is given and an engineering report is submitted to the Rarotonga Environment Authority (REA) to consider.

An Environmental Impact Assessment (EIA) permit is then issued which requires an EIA report, and 30-day public consultations for the REA to consider.

What it comes down to at Avana is the use of geotextile bags.

The Avana project, launched in 2020, has two main objectives;

The area is scoured by wave action, especially during high tides or stormy weather. The project involves the partial excavation and removal of the existing bags full of coral rubble and sand, which are a legacy from the Japan Fund wharf project.

The existing foreshore protection was “clearly non effective against erosive forces of waves and high seas”.

“If this section of land is not provided further protection, it is likely that it will continue to erode, with the consequential loss of the small shelter constructed landward of the beach, as well as the gradual erosion of the land used for recreation and boat launching, further landward,” according to the engineering report.

The new ElcoRock geotextile sand bags, about 80 of them, have been extended 45 metres along the shoreline.

They are supported by a geotextile matting placed underneath the bags, to help prevent undermining of the ElcoRock bags by wave action.

On the landward side of the ElcoRok sand bags, native vegetation provides a second level of defence against coastal erosion.

The alternative form of protection, basalt boulders, such as have been commonly used in other parts of the coast line in Rarotonga were tabled.

However, supply of these boulders is becoming more difficult due to injunctions placed on some land where these are being sourced.

The engineers point out that in addition, a number of these boulder revetments have caused erosion to adjacent properties, as well as scouring of the lagoon beach floor seaward of the boulders.

When these walls fail, as has happened in numerous locations, including the Vaimaanga Hotel site, the boulders are left littering the beach.

The geobags have been attached to a filling frame, and filled with the material inside the existing bags at the site.

The project budget is approximately NZ$60,000, including all materials, equipment hire, and project oversight.

Engineers conclude the main project benefit is the reduction or cessation of coastal erosion at the Avana location with the added benefit of shoreline beatification from the planting of native vegetation, which will also help control erosion.

The project also allows the opportunity to assess the effectiveness on Elcorock geobags. They may be particularly practical for the Northern Group, where there is no access to basalt boulders locally.

The fact the bags are light and easily transported is a big advantage over one tonne boulders. The cost of high quality geotextile makes the system comparable in cost to rock structures when suitable rock is available in close proximity to a site.

“So for this site there is probably no cost advantage in using the Geobags in place of boulders.

“However, if this project demonstrates the suitability of Geobags for the outer islands, it should be a significant cost saver for erosion control in those locations that do not have the choice of using basalt boulders.

“There is also the advantage of not having to mine boulders from sensitive inland areas, with the associated environmental impacts of the quarrying and transport of boulders to the erosion site.”