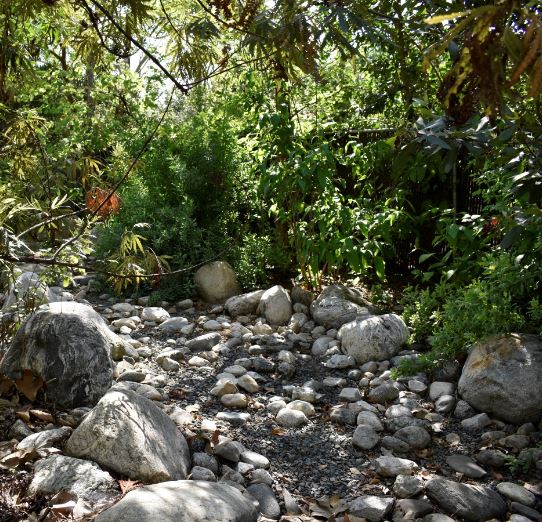 Like many of the streams on the island, the Matavera stream is dry while some have just a minute flow of water. Picture: To Tatou Vai/22120108

Due to the extreme dry spell, To Tatou Vai urgently advises people on Rarotonga, particularly in Arorangi and Vaka Puiakura, to use water sparingly.

As of November 30, five of the water intakes are sitting at below 50 per cent of their flow which is having an impact on water pressure to several locations on Rarotonga.

To Tatou Vai (TTV) spokesperson Walter Tuarae-White said the backroad districts in Arorangi area from Rutaki to Black Rock are particularly vulnerable to the low stream flow feeding into Ngatoe intake which primarily supplies the area.

“Water from Papua has been diverted into the area for over six weeks now to help with supply capacity, however, pressure at times will still not be enough, especially in peak demand,” said Tuarae-White.

There is rain forecasted for mid next week and To Tatou Vai is hoping this would provide some relief.

“In the meantime, we strongly urge everybody to conserve water,” said Tuarae-White.

According to the Cook Islands Meteorological Services, Nikao recorded a total of 18-millimetre rainfall last month.

Meteorological Services director Arona Ngari said the only time this rainfall figure was not exceeded was 5.7mm in 2008 and 13mm in 1982.

La Nina is still dominating the weather front and is expected to continue for the next three months, the weather office said.

“The migration of high pressure systems to the east in the past four months along the far southern part of the Cook Islands has certainly been felt with the less than normal rainfall, especially for Rarotonga.

“The suppression of South Pacific Convergence Zone by these high pressure systems would disturb the formation of cloud bands that would normally bring some rain.”

The public is encouraged to conserve water and to monitor and use water wisely.

“Think about your neighbour,” said Ngari.

The Climate Summary for Rarotonga, November 2022.

So why did I see the water sprinklers on at the golf club today?