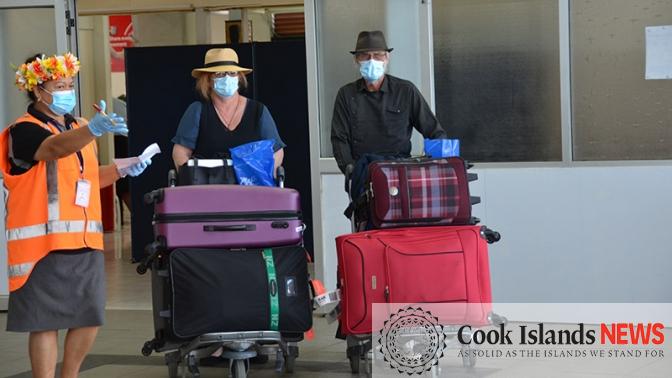 Quarantine free travel between Cook Islands and New Zealand likely to start “a couple of weeks” after both sides have reached an agreement.

Moves towards creating a travel bubble with New Zealand will take a giant step forward this week when Kiwi officials arrive here for an inspection.

New Zealand Prime Minister Jacinda Ardern last night announced officials are set to visit the Cook Islands from Friday for an inspection with the goal of confirming a safe travel bubble.

While Ardern did not put any time-frames on a potential travel bubble, she said it was her aim and hope “that this can resume as soon as is safely possible”.

She adds the on-the-ground visit by officials to the Cook Islands is the next step in that process.

“We of course have also said to counterparts in the Cook Islands we welcome any visits that they may wish to do in the other direction to equally assure themselves of the practices that we would have in place at the border too,” Ardern said in her post Cabinet press conference.

“Keep in mind it's not just New Zealand saying ‘we’re ready to go’, the Cook Islands need to give their approval too, and that's really important because they have Covid-free status.

“At the moment we’re getting everything in place, we do want to go over and make sure we’re having those face to face talks, in part, one of the things we’ve always been mindful of: it’s not just the aviation border, it’s the maritime border that has been an area of risk for both countries. Just checking all those arrangements are what both sides would expect is important.”

Cook Islands Government and Tourism Industry Council are encouraged by the comments from Ardern.

“I am heartened by PM Ardern’s comment that things are ‘moving positively’ and appreciate that the New Zealand Cabinet took the time to discuss this quarantine free travel agreement at (their) Cabinet meeting,” Brown said.

“Whilst no timeframe has been agreed for the start of quarantine free travel, I concur with PM Ardern’s remarks that it would likely start a couple of weeks after both sides have reached an agreement.

“I agree with PM Ardern that no decision will be made unless we are both assured of the safety of both our people’s in any proposed arrangement. Our people’s safety is paramount.”

“Tourism Industry Council is pleased to hear that the on the ground visit by New Zealand officials commences this coming weekend. This inspection will add assurance and give merit to the integrity of our systems and processes. Further to this any contribution that they can recommend where improvements may be needed is welcomed,” Scott said.

Meanwhile Jacinda Ardern says there are still some inconsistencies that need to be resolved for how Australia handles isolation-free travel before a similar trans-Tasman bubble is possible.

“Australia at the moment has indicated their hotspot regime wouldn’t close down travel from any given state until they had as many as 10 cases or more a day over a three-day period. Now, New Zealand would consider 30 cases in the community an unreasonable risk, Australia at the moment is saying that that would be within their tolerance.”

Ardern says New Zealand needs to be very, very clear about guarantees for managing resurgences in a given Australian state.