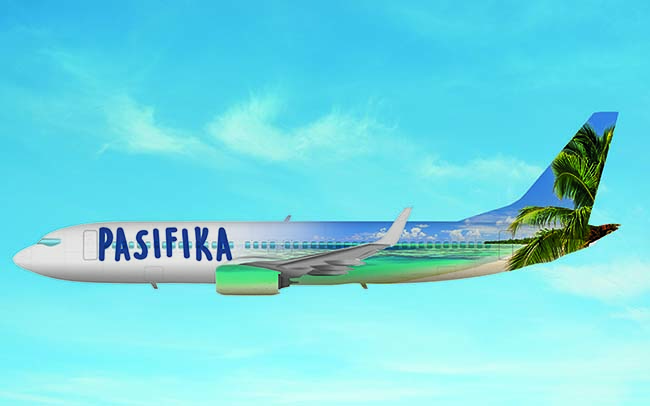 Mike Pero’s new airline is planning to launch direct flights from Wellington and Christchurch to the Cook Islands “as early as May” 2021.

Cook Islands Prime Minister Mark Brown and his New Zealand counterpart Jacinda Ardern on Friday agreed on an “Arrangement to Facilitate Quarantine-Free Travel between the Cook Islands and New Zealand” by the end of March, 2021.

However, he said Rarotonga remained the primary focus for a number of reasons.

“Obviously my heritage is one of the motivating factors but realistically the Cook Islands is our (New Zealand’s) closest Island nations, it’s a beautiful part of the world and so many Kiwis love the Cooks!” Pero told Cook Islands News.

“I believe many Kiwis are conscious of the hard times Raro and other islands are going through at present and would love to come and show some support, and at the same time enjoy a little piece of paradise.

“We have an open mind with other islands. I’d like to think we can provide service and links when or where opportunities arise. Rarotonga, Cook Islands is our primary service.”

Pero said he had only brief email discussions to date with the Cook Islands government regarding his airline and “(PM) Mark Brown has been most helpful”.

“We believe we can help restore the Cook Islands economy – there’s only one way to achieve that and it’s to get tourists back on the island. I believe that, on average, every tourist will bring in $2000.

“I believe the New Zealand market will be easier to nurture than the northern hemisphere and could be more consistent, long term. The main thing is that the Cooks gets the wheels turning again and regain lost ground from 2020.”

“Pasifika Air will be traveling from ports not normally directly travelled from, or at least have always been seasonally scheduled and not year round. Direct routes are always appealing to travellers that want to get to their destination in a hurry and with the least amount of disruption or trouble,” Scott said.

“Indicative flight prices seem to be reasonable and I am certain based on the current enquiries being experienced on an announcement of a pending border opening in the first quarter of next year, interest will surely be favourable.

“We wish Mike Pero all the best in his new project.”

Pasifika Air could gain Civil Aviation Authority approval to operate as early as May using Virgin Australia aircraft that are now parked up and some of the airline’s former crew who lost their jobs when the base in Christchurch was closed in April, Pero told New Zealand Herald.

The airline would use the leased Boeing 737-800s to fly between Wellington and Rarotonga and Christchurch and Rarotonga, so Pasifika would avoid a head-to-head fight with Air New Zealand which flies out of Auckland to the Cook Islands.

The flights would be three times a week from each centre.

Pero said fares “would be price-competitive”.

In July, when an air bridge to the Cook Islands looked imminent, Pero said one-way flights would cost between $299 and $499. Before the Auckland Covid resurgence in August scuppered plans, he said he would be using Airbus A320 planes.

Air New Zealand’s website lists flights starting on March 26 and six times a week during April and round trips start at around $850.